It’s about 3 in the afternoon…it’s Saturday at the Museum and we have a wedding in the chapel soon.

I’m in the barn in the General Store ringing up a guest when I hear the screams. I fly from around the counter. A large group mostly of kids but some adults are standing in the entrance of the barn staring at the large rattlesnake making it’s way across the barn floor.

The train staff is gone. No volunteers roaming the grounds really because we close at 4. If John the Blacksmith is around the corner he obviously can’t hear or would be running to help me so I’m guessing he’s not there.

The snake is moving at a pace quicker than I like and heading towards the old wagons. This is a very old large wooden barn with every crack and hole you can picture. I can’t dial my boss Jeff fast enough.

Pulling out my phone basically gives the audience permission to pull out theirs for this amazing, rare and stupidly dangerous photo shoot.

By the time Jeff and Pete get to me the rattler has gone into a hole directly underneath the General Store. For those of you who have never been there, this store is TINY…size of an average childs room. But the hole goes UNDER not through so really…I’m not that freaked out…

We run around to see if we catch the snake coming out the other side. We wait, but no. Praying it went under the store to nap we all disperse and Jeff (my amazing but now understandably more crispy boss) tells me we are going to close up the store, we (me) have had enough excitement for one day. But a few guests still wanted to buy this or that so we stay.

As we are helping them…more screams. Guess who is not napping under the General Store but back roaming across the barn! Yes…our rattler friend. And we are now heading out around the corner to the Blacksmith. That is NOT the area you want a rattler cozying up. 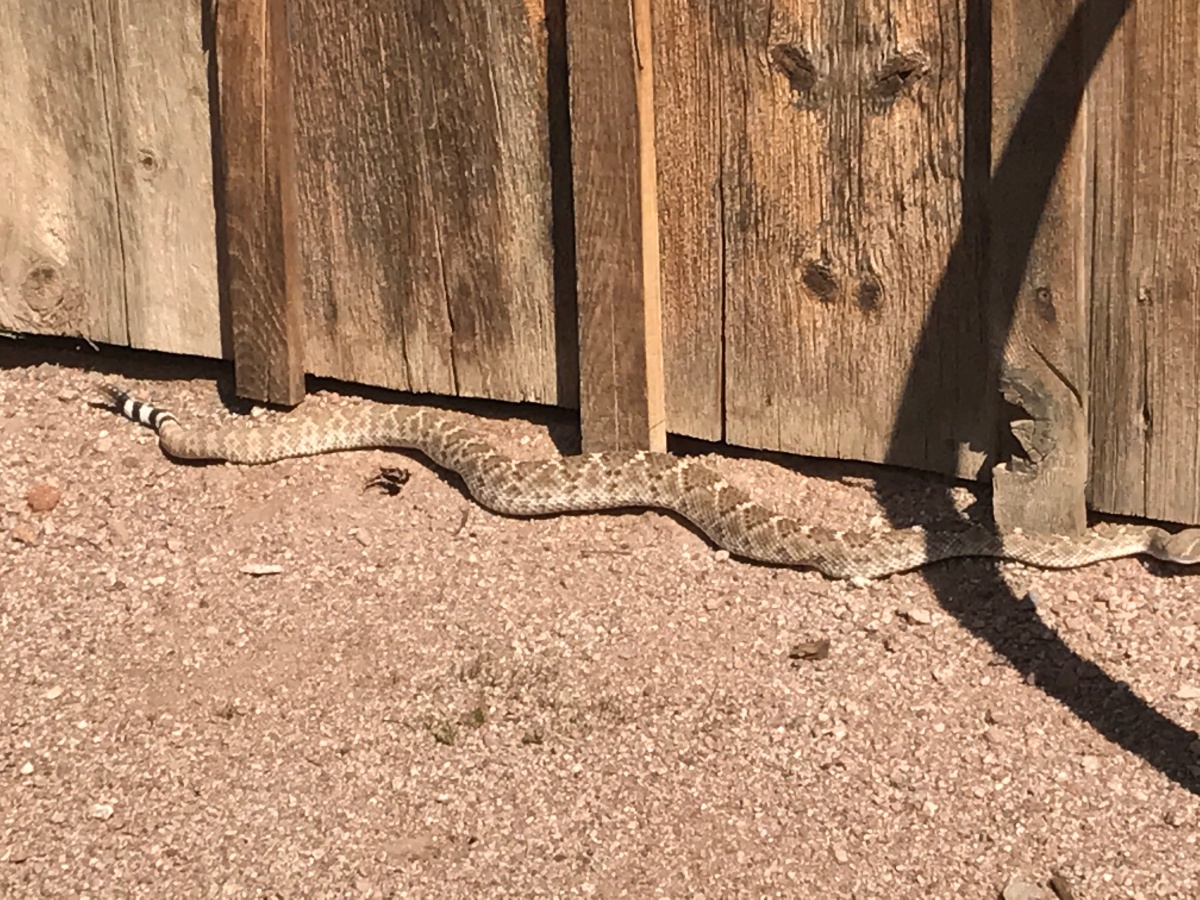 Jeff calls 911. Pete has the “snake rope noose on a stick thing” (my words not his) but can’t get a good enough angle at the rattlers now bobbing and weaving head.

Though not rattling at us, it wasn’t pleased and wanted away from this annoyance. It curled back around on itself and wedged in between the concrete and wood.

With everyone cleared far away, Jeff and I waited and watched.

Well, that spot didn’t last long either and we were back on the move. Sensing it wasn’t getting harassed any longer, the rattler repositioned and headed back into the Blacksmiths Shack. 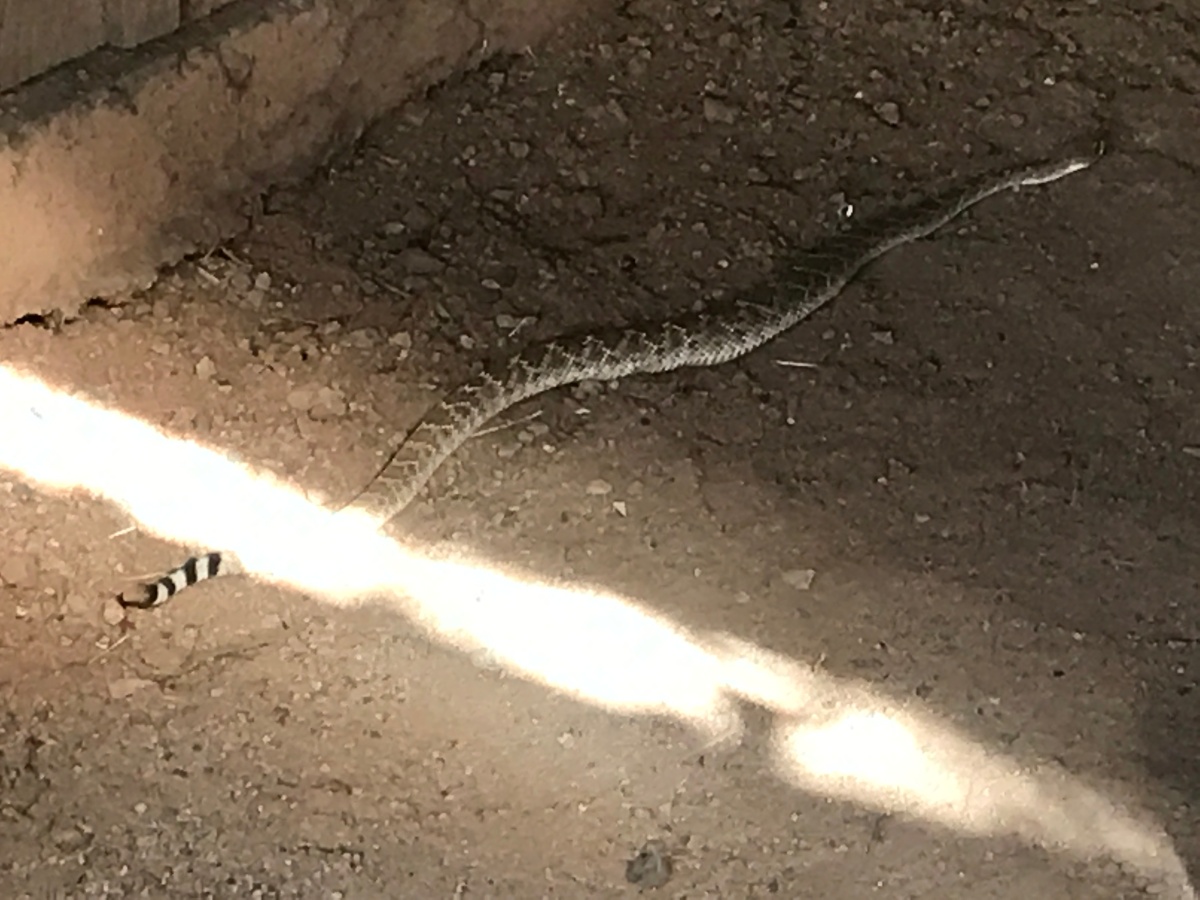 After too much time passes with no fire department Jeff calls 911 back…they have sent no one. I’m not about to ask him why at this point.

Our rattler of the day has made it under the Lost Dutchman shed and it’s time for the Museum to close.

No, we did not ever catch this particular rattlesnake. We only relocate anyway, we do not kill.  This is the desert surrounding the mighty Superstition Mountain. Welcome to rattlesnake territory.