I have some fun “PDR” or “positive desert reporting” for you this gorgeous Monday! At exactly 10 am this morning I watched the 20- Stamp Mill ore crusher demonstration at the Superstition Mountain Museum. If you have not watched the demonstration of this massive machinery get ready to mark it on your calendar!

Like most women I know, I love gold and have spent my entire life just fine with not knowing exactly how gold is found, produced, made, or whatever. I just like gold in the shiny jewelry form… handed to me in a pretty box.

But reality is, if I had to go climb a dangerous, cactus covered mountain and blast holes into it hoping to find rocks that possibly have gold hidden inside only to lug those incredibly heavy rocks back down that mountain on a mule…? Then go smash those rocks hoping there is enough gold inside to have been worth risking my life for?!?!

This is not going to happen. Not ever. Certainly not for jewelry.

It truly amazes me that anyone did this. But they did. Countless men have lost their lives following maps and trails into the Superstition Mountain searching for gold. The Museum is filled with books retelling true stories about the famous and not so famous gold miners. The more I read the more I am fascinated.

These stories of mining gold become eerily real as you stand there with the amazing Superstition Mountain as the back drop while the men running the Stamp Mill explain the process then proudly fire up their rock crushing machine.

It happens once a month, it’s free and the scenery is spectacular.

October 10 @ 10 am Demo is the last Monday. November through April Demos are once a month, twice daily on Saturdays. “Energy can neither be created nor destroyed; rather it transforms from one form to another.” Albert Einstein.

The sky changes second by second, not minute by minute. If I don’t pay attention magic has passed in the blink of an eye. Mornings are my time and nature knows it and demands it of me, especially now that I can capture it all and share it with the world. 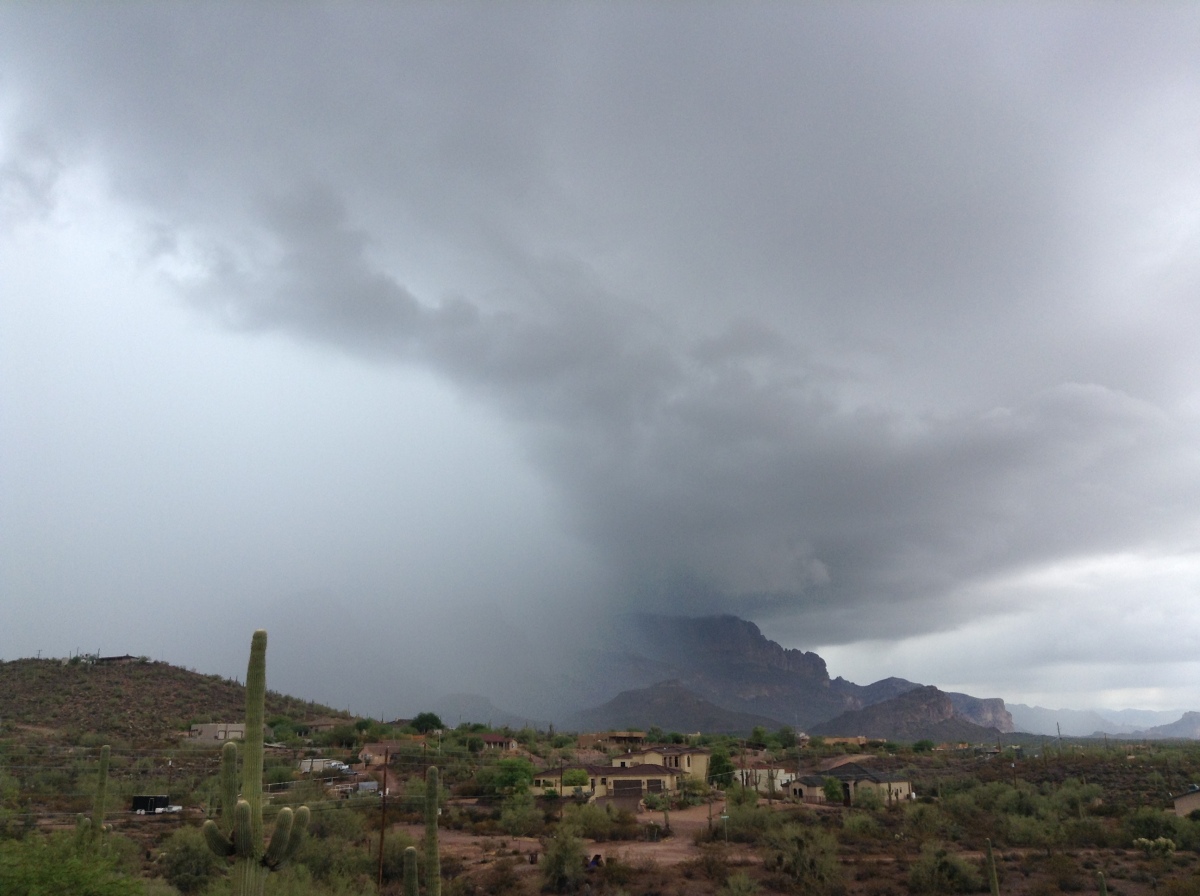 The energy where we live, bumped up next to the dominating Superstition Mountain, is overwhelming to me. This mountain was created years and years and years ago by a series of massive eruptions forcing the earth to bend and break and shift. Energy that strong does not disappear.

I belong here. I feel it. I feel the energy vibrate through me. I know that it is special and it is being gifted to me only because I am so willing to share it. The energy surrounding me wanted a voice. A loud one. It drags me around then shoves my face into the sights it wants me to see.

Too many times now, in just a few simple months of living here, I have been privileged to witness such amazing things that I am convinced I am not the one running this show. No, nature is, and when I follow along I am in for a very cool ride. 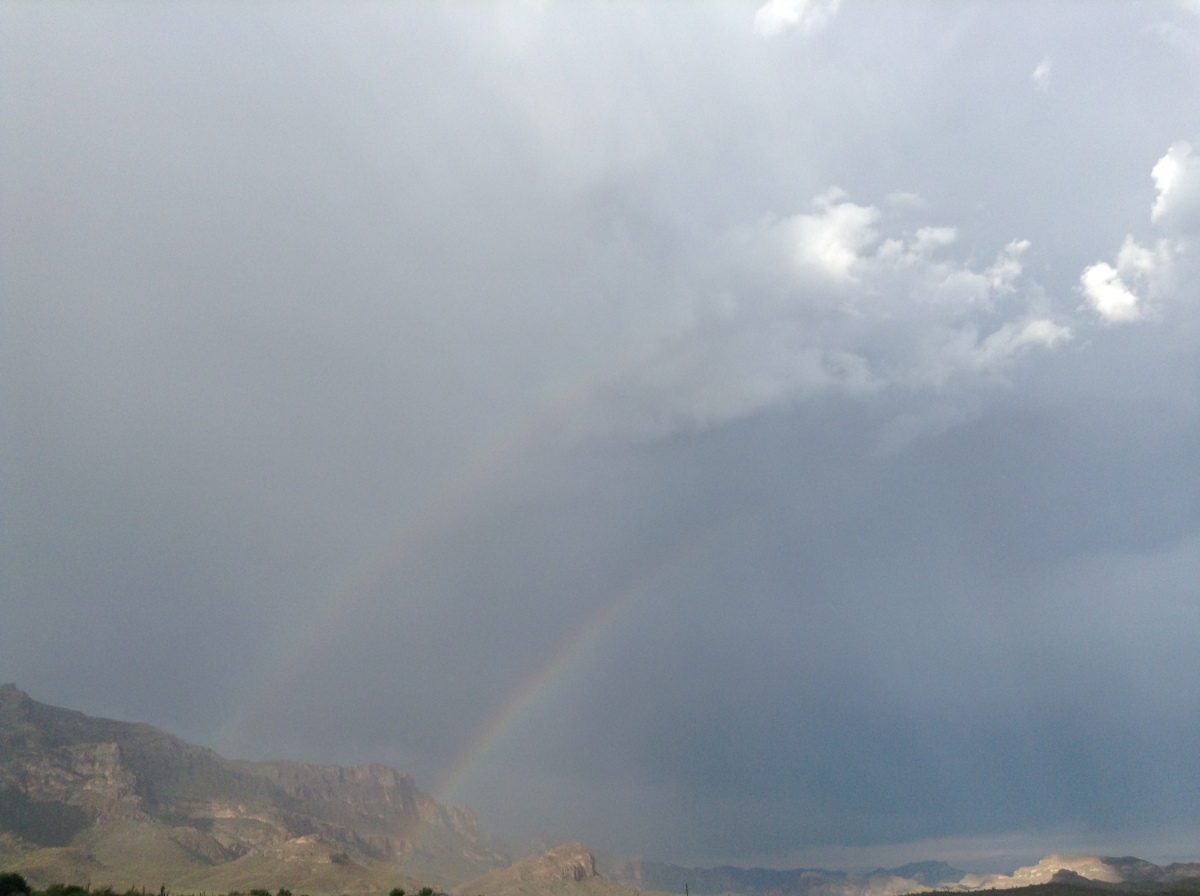 This morning I could see off into the distance some rain showers. I use an iPad so sometimes what I can see does not translate onto the screen. So I will take a few shots then look to see what I captured. 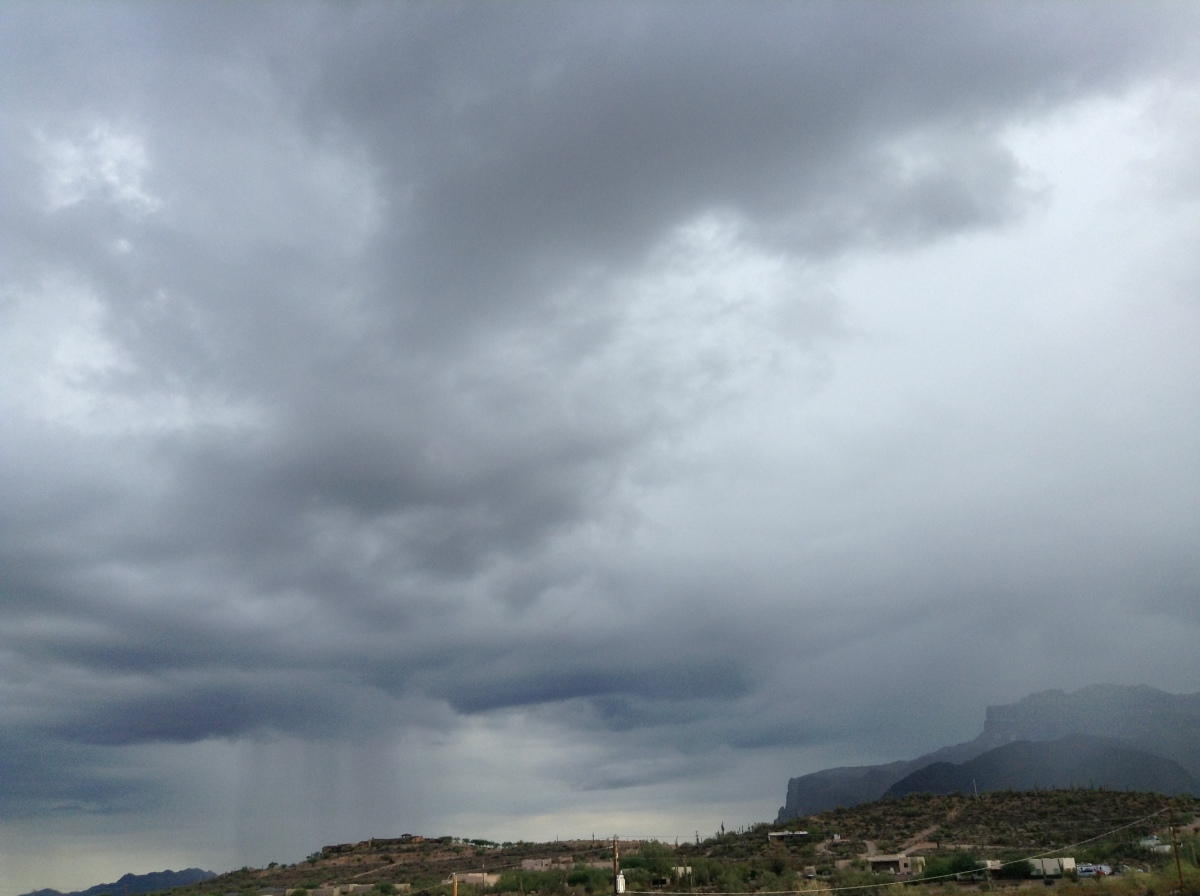 I moved to the other side of the house to watch the sunrise and as usual it was gorgeous so I went out to snap a few shots. I looked at the pictures and kept getting a weird green dot and some blur but I noticed a ray of sunshine beaming down…only on the iPad not to the naked eye. Thinking it was a reflection I continued to move around taking pictures.

The angle made it next to impossible for me to get the whole view in one frame to show this beam was coming straight from the sky and moving across my front yard as the sun rose! There was nothing it was reflecting off of. This was just a ray of sunshine pretending to be a laser beam. 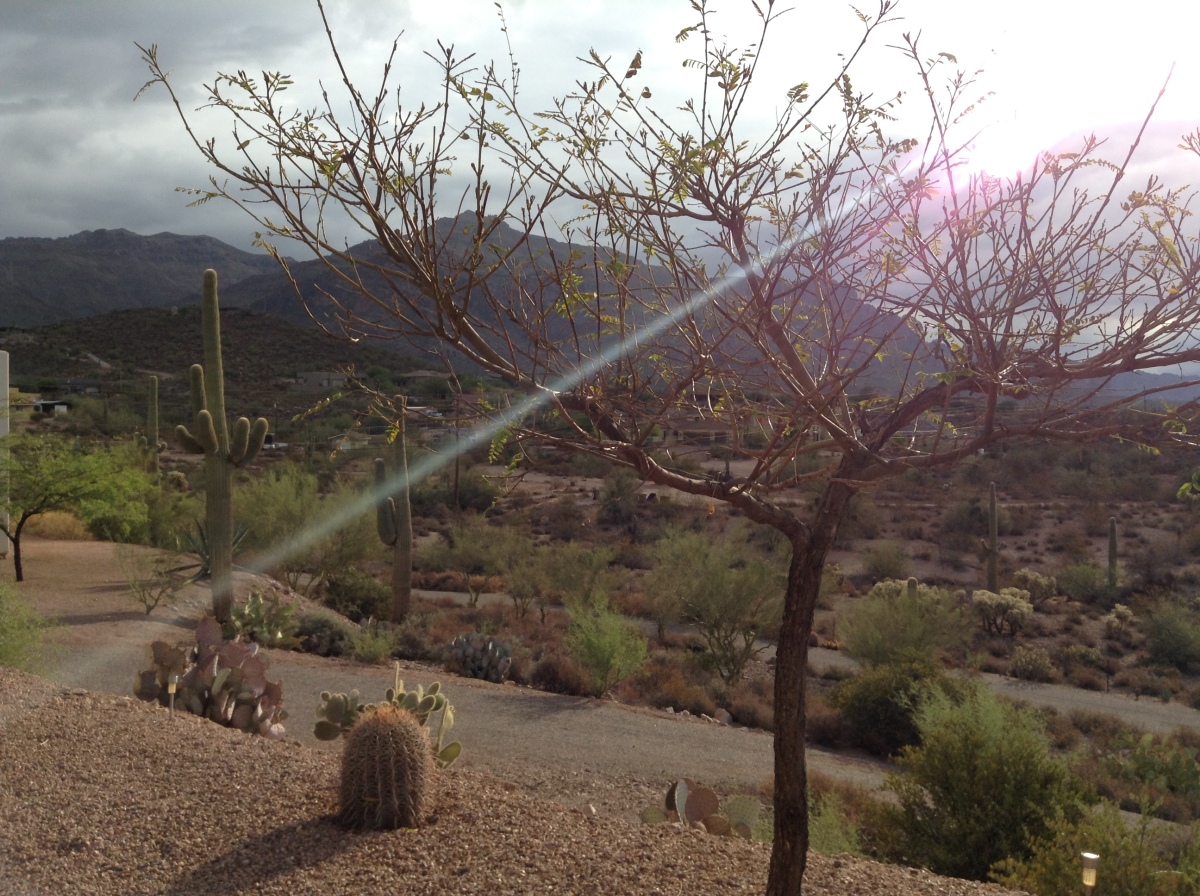 This lasted minutes. Had I not stepped outside simply because the sunrise was so pretty I would have never had this very cool moment where the kid in me enjoyed being “chased” by this laser beam from the sky. It was magic. And then it was gone. 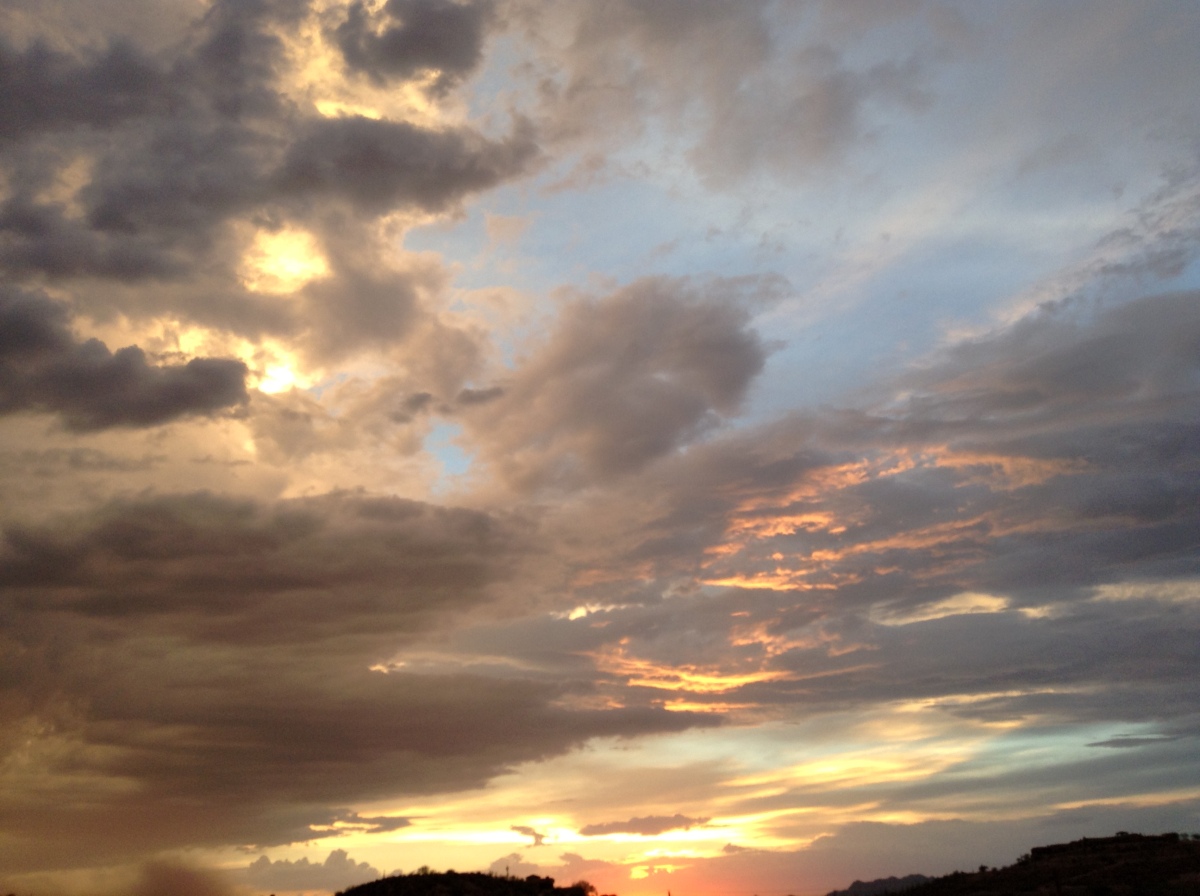