We haven’t seen the Javelina family for a while and started to wonder if they were still with us. At right around 7 tonight we spotted them. All three, mom, dad and baby, heading through the wash roughly in the direction of the tee box on the 9th.

The moon is full and still light out. It’s 102 degrees outside… then it happened…

That series of howls came from the direction of the golf course also but further West but not much. I’d say closer to the hole on the 9th. Basically I’m saying what I believe we are hearing is the coyotes noticing the Javelinas are around.

I could be wrong. I have mentioned before I am no expert. Just spent a lot of time in the desert. 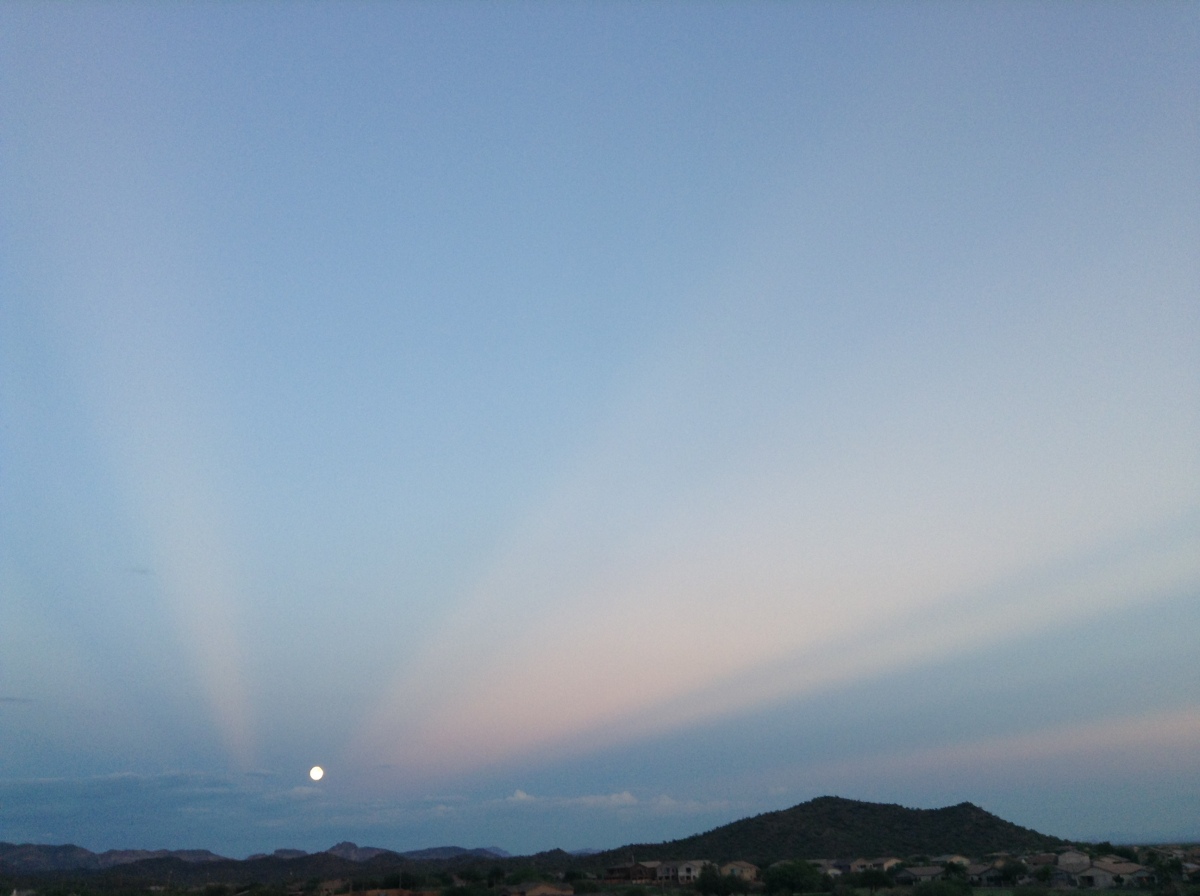 We live with coyotes. All of us here in Gold Canyon do. They roam the desert happily controlling the rodent and bunny population. I cannot even imagine how many little critters we would have here if it weren’t for the coyotes.

I get eco system. I understand there is a balance. I don’t understand why people try to fight it. I have always wanted chickens but I moved into coyote territory so that probably wouldn’t be the wisest decision. Don’t bring food to the party if you don’t want everyone to come and eat it. “They ate my chicken! Well, yeah, they did…”

We have noticed that our Javelina family hasn’t been as visible in the wash lately. But the coyote sure have. There have been two of them hanging out a little more often in the wash. I mentioned in “Intro To Wildlife Photography” the wash next to our house is a high traffic zone. The wash is next to our driveway, separated by a few lines of barb wire and not the safest place to wander through, day and definitely not at night. 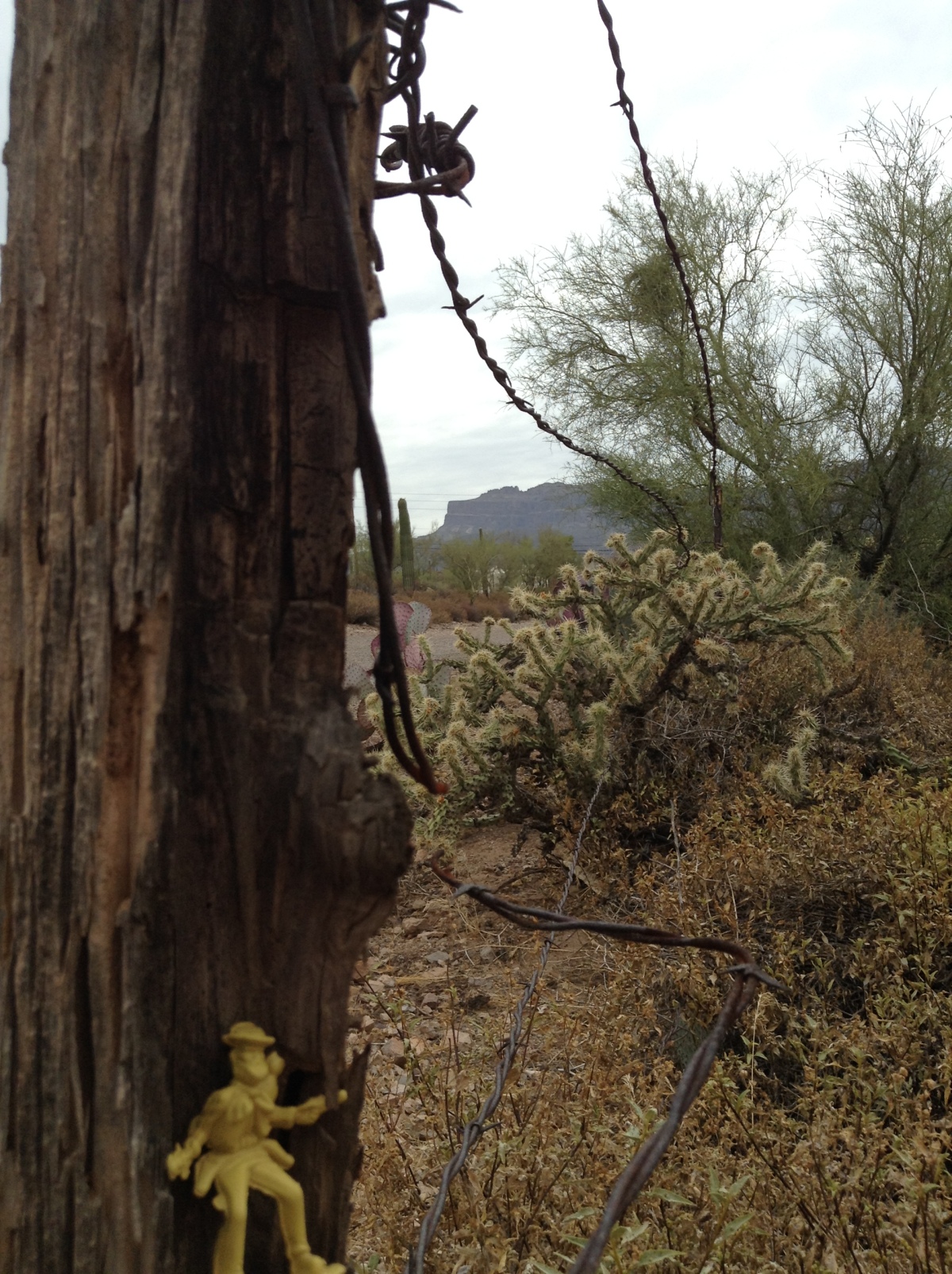 Not when you KNOW a Momma Javelina likes to hang out with her youngster over there in a gully deep enough I can’t see them from up here on the hill. Or that you have personally watched two coyote chase rabbits and those desert hamsters all around in broad daylight over there.

I love you people, I do, but I am not going in the wash to get a photo with my iPad. I may be crazy but not in the “I’m going to step off the trail at a national park and get a selfie with an animal who deserves to trample me right now” way. I have some sense. A photo or video is not worth being reckless in obtaining it. An honestly the animals deserve more respect.

Coyotes are amazing. They are known to be able to adapt to almost any habitat and thrive. They eat anything. If it’s small and near the ground it’s fair game. They are what is called opportunistic. Rabbits? Sure. Birds? Fine. Your cat? Ok. All of it is good. They are foodies if you will. They will eat it all. I don’t blame them. They eat to live.

Coyotes also den. I have no clue where our local coyote den is and I am not going hunting for it. According to everything I have read coyotes tend to mate in January but I have also read March, then a few months later they have pups. After about ten weeks or so Momma coyote lets the little ones venture out more. I have not seen any young coyotes. It is not a surprise. They have a horrible infant mortality rate. Only 5-20% survive. They have litters like dogs so imagine only one or two living after the first year. I’m going to guess a Momma coyote is not the animal you want to disturb. I’m going to guess she is one mean protective female. Do you blame her?

Desert coyote are a little smaller than the coyote they find in the North East. Ours are around the 15 to 25 lb range where I guess in the East they can be almost double that size.

I have always said I love our coyotes. They are cool. They have attitude. Desert Attitude. Desert Strong. They trot. They remind me of gangsters. Cool, lean, carefree, party late at night, loudest ones out there, dangerous, shifty but loyal to the pack.

Coyote are pack animals. Social, the leader will call out to everyone at night to round them up. You can hear the celebration when they all come together. I have tried my best and will never give up trying to record more of this. So far I just have the two but we have only lived here a few months…give me time.

We have three dogs. We are a pack. Alpha male is my former Marine husband. No question. I am the Queen. (mentally picture a cartoon image of a slightly unbalanced but not horribly evil queen…ok, maybe a little evil…) Then we have Jethro, the senile senior no longer in command but was once the most awesome dog ever back in his early days. Cotton is currently the alpha dog but not sure how long Tucker will agree to it. Cotton is the watch dog. The one on constant alert. The ears still and listening, ready to blast across the desert at the speed of sound once he has locked on to his rabbit target.

Tucker is a Marine. He is dads dog. He likes very few people especially if you are male. Don’t come between him and his leader. Tucker barks first and asks questions later. He is hilarious. Personality for days. Smart but not that stable, he would be the first to run straight at a coyote so I keep my eye on him. He’s very independent. He’s the one who wanders off. Birds are his usual target but any other ground level creature like a lizard will do.

I would protect them with everything I had. If something came into my home, even if it was just to look around or take a photo (can you imagine?) I would protect.I am the scary one.

I understand the coyotes living around us. We have more in common than you may have thought. All of us are just trying to live each day in an extremely hot and deadly environment. Trying to feed and raise our young, have a place to sleep at night then wake to do it all over again the next day. And if you are nice to me and give me the space and respect deserved then we are all going to do just fine.

I don’t feel good. I woke up sweaty. When I checked the thermostat it was 78. For a desert dweller like me 78 is chilly and a setting that will get me a $300 power bill if I try to maintain that temperature inside for very long. I should not be sweaty. I step outside thinking this will feel better. It’s 2 in the morning and probably over 80 degrees. It feels much hotter than inside. This is not relief. It hasn’t really cooled down for about a week now. Today’s expected high is 110 again.

And I don’t feel very good.

I’m achy and sweaty and miserable. I flop onto the couch. It feels cooler but I just can’t get comfortable. Now I’m chilly. Where is the blanket? The blanket only works for roughly three minutes after I have twisted and rolled and adjusted myself to make sure all of my toes were covered only to kick the stupid thing off because now I’m hot again and annoyed.

Do people who live in cold climates struggle this hard when they don’t feel good?

I use the phrase “don’t feel good” because this is not something that requires medical attention or even medicine. I’m not dying though I might moan like someone who is. Considering all the things I have done to this body over the years I am lucky I move at all so I should just shut up…but I don’t feel good.

I don’t sleep well. If I am lucky I get five or six interrupted hours a night. Between my potty breaks (we drink lots of water out here) and the dogs need to pee I can be up as many as four times in those five or six hours. You might say “get them a doggie door” and I will say go read my “Intro to Wildlife Photography” or even listen to the coyote howl I recorded. We are not getting a doggie door anytime soon.

Also I have a 17 year old dog. As it is now I can slide the glass door open all the way and he still has trouble finding his way out. Giving him a flap the size of his body to come and go through at a senile and mostly blind 17 years of age is just cruel. I love him so I get up.

I don’t want to turn on the TV because I’m afraid it will wake me up even more. I grab my smallest dog Tucker and use him as a heating pad for my upset stomach. He’s some form of terrier with soft hair and built like a sausage. He’s the perfect size and weight for my cramping tummy. I’d put him on my lower back if I could figure out a way to keep him there and not squash him. But now he’s over me and has wandered off to find his preferred spot in bed next to my husbands feet. He gets kicked out of bed every night multiple times. No dogs allowed. But Tucker has terrier attitude and simply waits until we fall asleep again to climb right back up.

It’s possible I ate one too many Doritos yesterday. I don’t keep them in the house very often because of my lack of control once the bag has been opened. My thumb is still orange. Doritos don’t make you achy do they? Honestly it doesn’t even matter if they did, I’d still eat the nacho cheese ones.

I’ve wandered the house now for an hour in search of a place to rest that isn’t too hot or too cold. I am an achy-sweaty-miserable Goldilocks. The struggle is real. I don’t know where to put me so I’m back to the couch.

I lay there eyes wide and irritated. Oh never mind just get up and go make coffee.