The other day after I finished reading an old article about unique golf grips, my next suggested reading option that popped up was about Bubba Watson. I’m not a Bubba hater, he’s just not one of those golfers I tend to go out of my way to read about on purpose.

This article happened to focus mainly on Matt Rollins, Pings PGA Tour Rep who personally installs Bubbas grips, so I was a little more enthusiastic to read on.

Now, this article was from 2012 so it’s possible all these specifics have changed, but at that time, this set up was giving Bubba the game he wanted.

In the article Rollins says the only other Pro he knew of doing anything even remotely like this is John Daly who comes in second with 6 layers of tape.

So, just for some light fact checking, I went on to look up and read a few more articles that all said basically the same thing except having Daniel Udd, Pings Master Technician working on Watsons equipment exclusively not Rollins. Safe to say whoever has the honor of gripping for Bubba is among Ping’s best of the best installers and are at Watsons disposal doing whatever Bubba wants because that’s how Bubba likes it. He’s a damn good golfer. You can’t argue his tape situation works for him.

Most of the articles I found also highlighted the fact that stretching over that much tape was busting the cords on the grips they were using. At some point Bubba switched to a cordless style. The feel of the cords outside must have mattered less to him than the bulk he wanted underneath? I doubt Bubba switched grip styles just to make it easier on the installers. He doesn’t come across as that kind of giver.

This just led me to even more questions.

Is the feel that much different with 10 pieces of tape instead of one or two? Five or six? Can you really tell? Does it change your game that much? Is it mental or superstition? Does Bubba just THINK extra tape is better so therefore it is? Why doesn’t Ping make a Bubba inspired grip that is internally thicker? Would that still not feel the same? Why are females supposed to hold smaller grips? I have never played with anything but men’s clubs and grips because that’s all that was available to me for the longest time. I want a decent grip to hold onto, not a pencil. Smaller grips just make my hands tired by the 3rd hole. If Bubba can play with a caveman club sized grip why can’t I?

Now Bubba has me wanting to put 10 layers of tape under my grips!

Most clubs come standard with either one piece of tape or none. How would the average golfer even know if just one more sliver of tape is going do the trick and not just switch grip styles or brands all together?

As someone who installs grips, my curiosity went into overdrive.

All the articles mentioned how it was not easy for these top installers to get grips over that much bulk. It also sounded like it was done by hand installation and not compressor, but I could be mistaken. None the less, the best installers Ping has ripped grips and popped cords in the process. If I was going to try this myself I was already being warned there would be casualties. For Bubba and Ping it was roughly 20 grips for 13 clubs. For Stace and Mint…?

I’m pretty sure Bubba or Matt or even Daniel isn’t going to take my calls and tell me all about where they are at currently in 2018 with his tape set up or give me any pointers on application. If I really want to learn anything about the differences extra tape makes or how it improves your game, I’m going to have to do it myself along with the help of some golfing friends.

Our business GoldCanyonGrips.com carries Star grips and Mint grips, so I have access to plenty of different styles. Both companies suggest using compressors to install their grips and I do. The first time I tried manually installing Star grips over standard double-sided tape, 4 out of 6 stuck midway up the shaft no matter how much solvent and cussing I tried.

Oh, I got them all off eventually without cutting or damaging the grips themselves and installed properly but not until after more cussing and literally solvent dripping down my arms.

Jay videoed my reaction the first time I used a compressor to install my Stars. That first grip slid on so easy I wanted to kick my whole set up for the abuse it had put me through earlier.

So, for this tape thickness experiment I have in mind, I’m chosing to play with Mint grips. Mint grips are good quality at a cost that won’t hurt so bad if 7 or 8 end up in ruins on the floor like the Ping article suggested could be the case. They also have a softer rubber that makes them easier to install in general. I’m a fan.

There is one obvious problem with this little project of mine and it is that I am not a consistent golfer.

Two days ago, at the driving range, standing all alone at the end stall, I smacked two shots with my driver so far to the right into the trees you would have thought I had purposely aimed at the poor ball attendant hiding behind his cart trying to take a leak!

I don’t even call myself a golfer. I like replacing grips and selling tools like practice mats that help fine tune a player’s overall performance. I see myself more as a mechanic for top race car drivers. I’m happy in the shop, dirty, music up loud, tinkering with the equipment. For me personally, every swing I take is simply practice. I play golf for the mental peace it gives me, not for the scores. I measure myself against all other golfers as I should…by height.

So, to really learn more about how extra tape could work for or against a player I’m going need avid golfers and their feedback.

I need to ask Jay first to see what he thinks.

Jay’s a good golfer. He’s consistent, practices almost daily and is always working toward lowering his score. Detail oriented, disciplined, a Marine, he is the one who taught me how to install grips. I do all his taping and gripping so I know I am trusted. But Jay, like most golfers, has worked hard to make his grip comfortable and natural in his swing. And like most golfers, over the years he has become particular about what he believes works best for him. Asking to mess with his grip, possibly his game and his score is most likely not going to be received with the same level of enthusiasm I have for conducting this random test. He is going to notice the difference immediately, but will it be for better or worse? Would he be willing to play with a new grip if it meant shaving off numbers from his average?

There was also the other problem… I can’t ask Jay or anyone else for that matter to try this experiment with me if I can’t prove I can get grips over that much tape! No one asks for 10 or 12 pieces of tape in the real-world, Bubba! At most it’s 2!

So, what clubs am I practicing on? How much tape will I waste and how many grips will I rip before I admit defeat? What is Jay going to say if he watches me mangle a few grips before I get it down? Will that image alone mess with his confidence?

Am I regripping all of his clubs or just a few? With how many pieces of tape?

I had better have some answers before I go and ask… 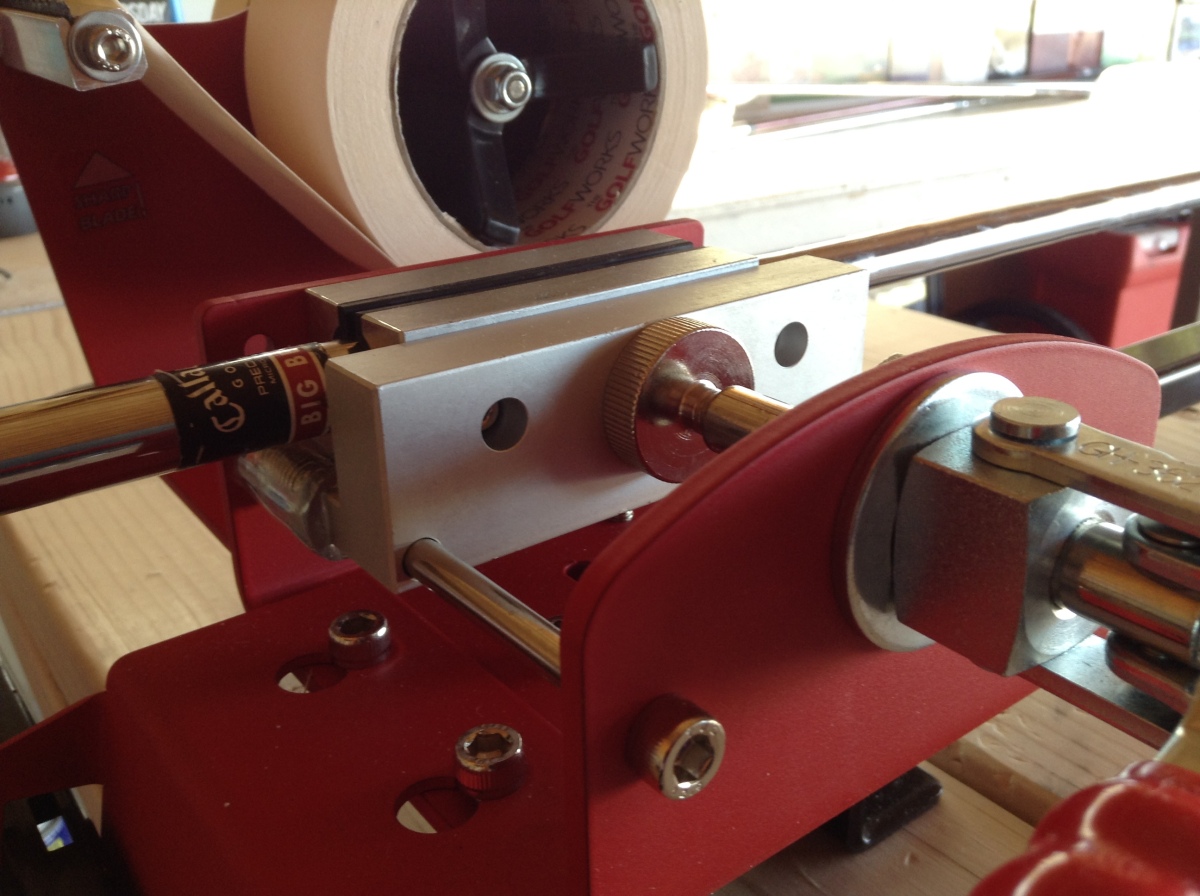