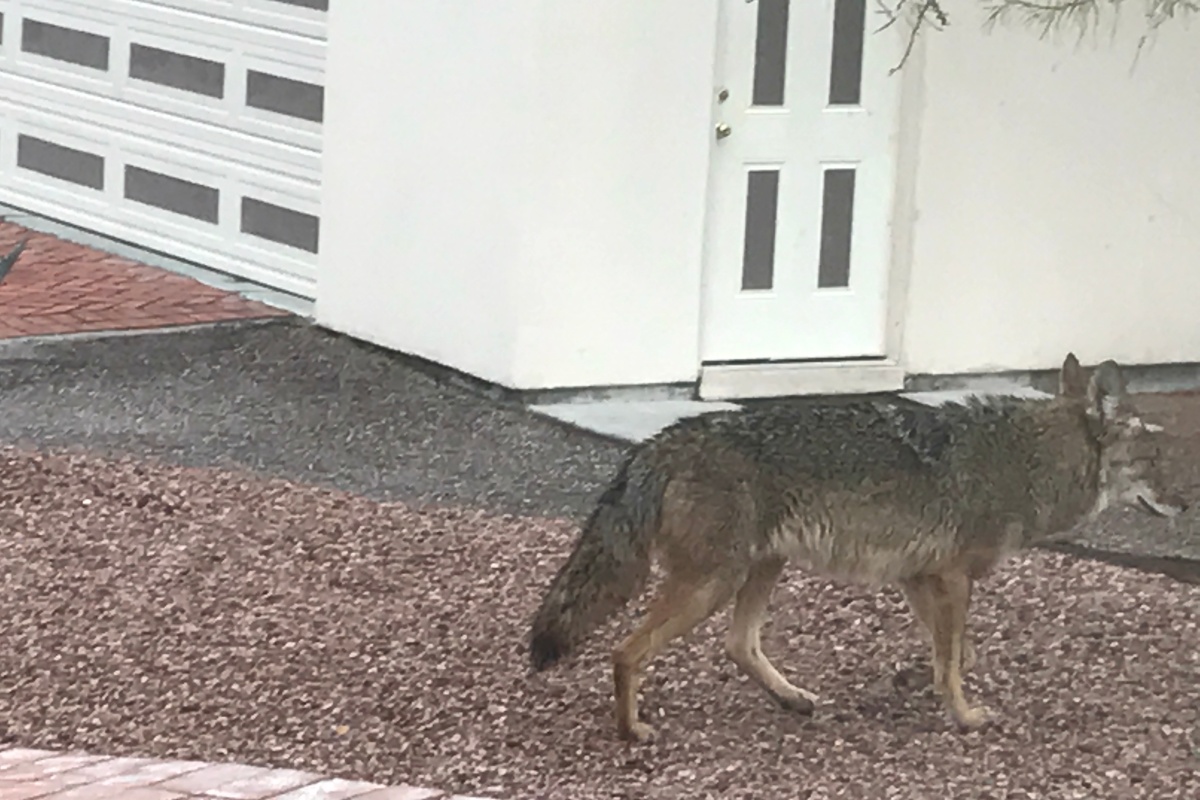 Been watching the storm roll over the Superstition Mountain out my living room window all morning trying to take pictures as the clouds dramatically change with each passing minute but there is no way to capture just how beautiful the view is in person. 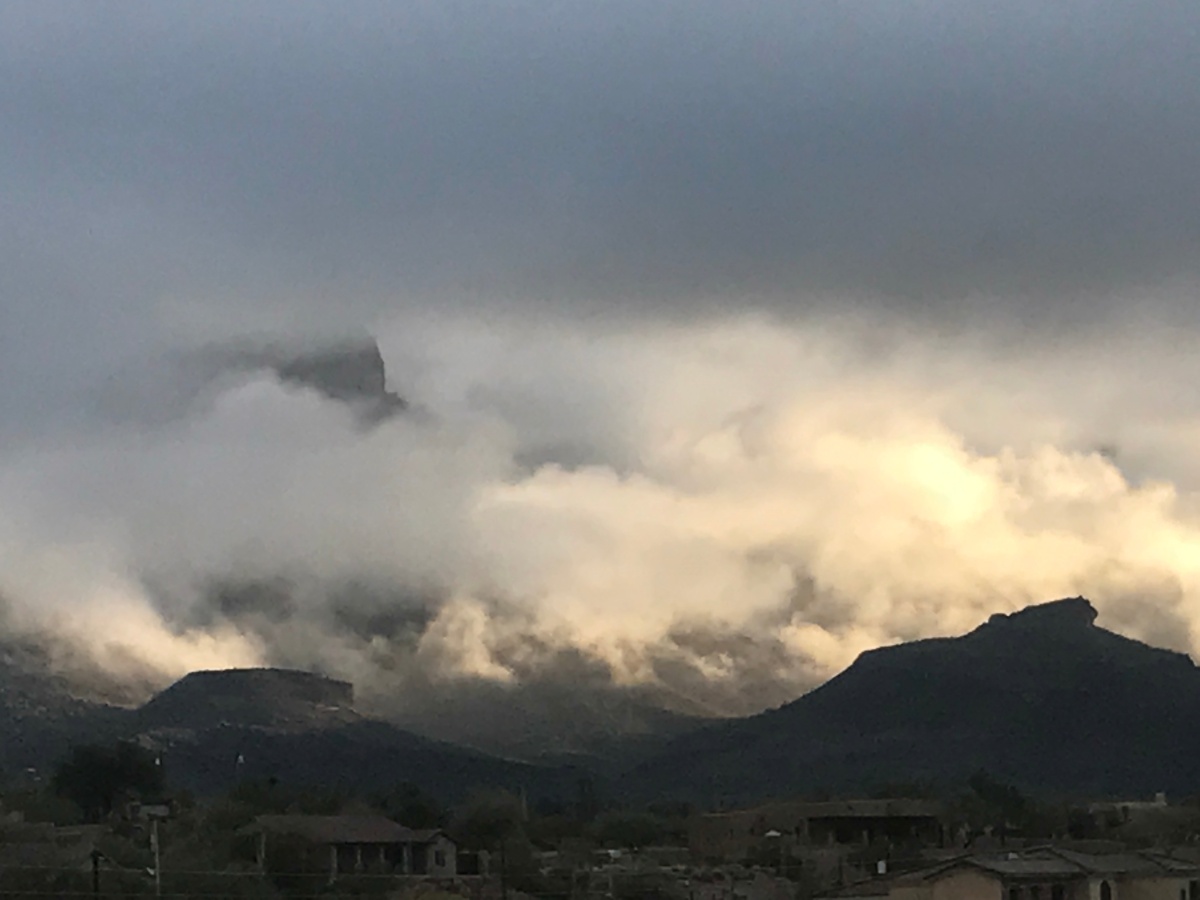 A quick glance over my shoulder and see I have a coyote pack on the path to the house. They are moving with that slow, controlled pace that tells me we are hunting something.  I grab for my phone hoping to not make any sound or movement that scares off what I’m watching. 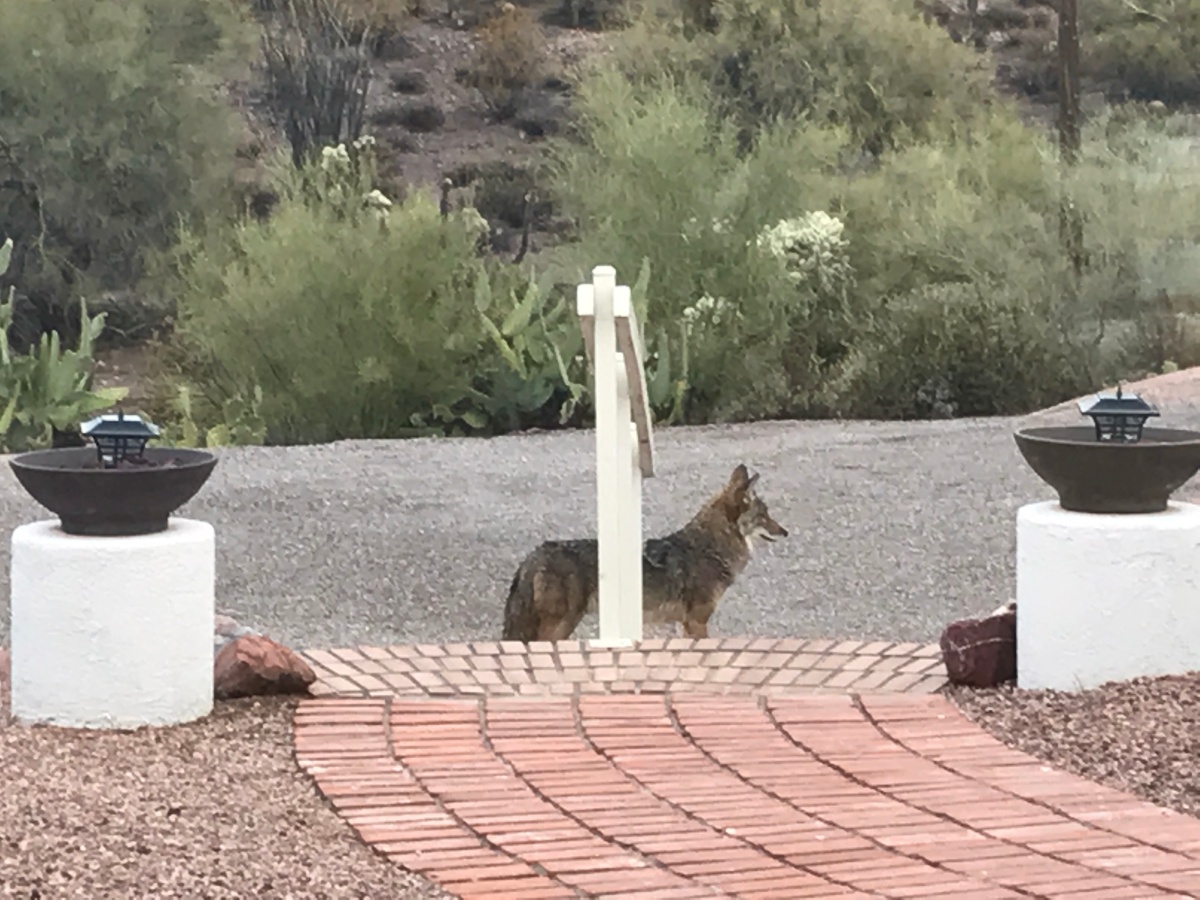 In a blink the chase is on! The target, a bunny who is now going Mach speed because it’s life truly does depend on it. My brain registers it’s a bunny, but I only saw a blur. A blur and coyote tails. 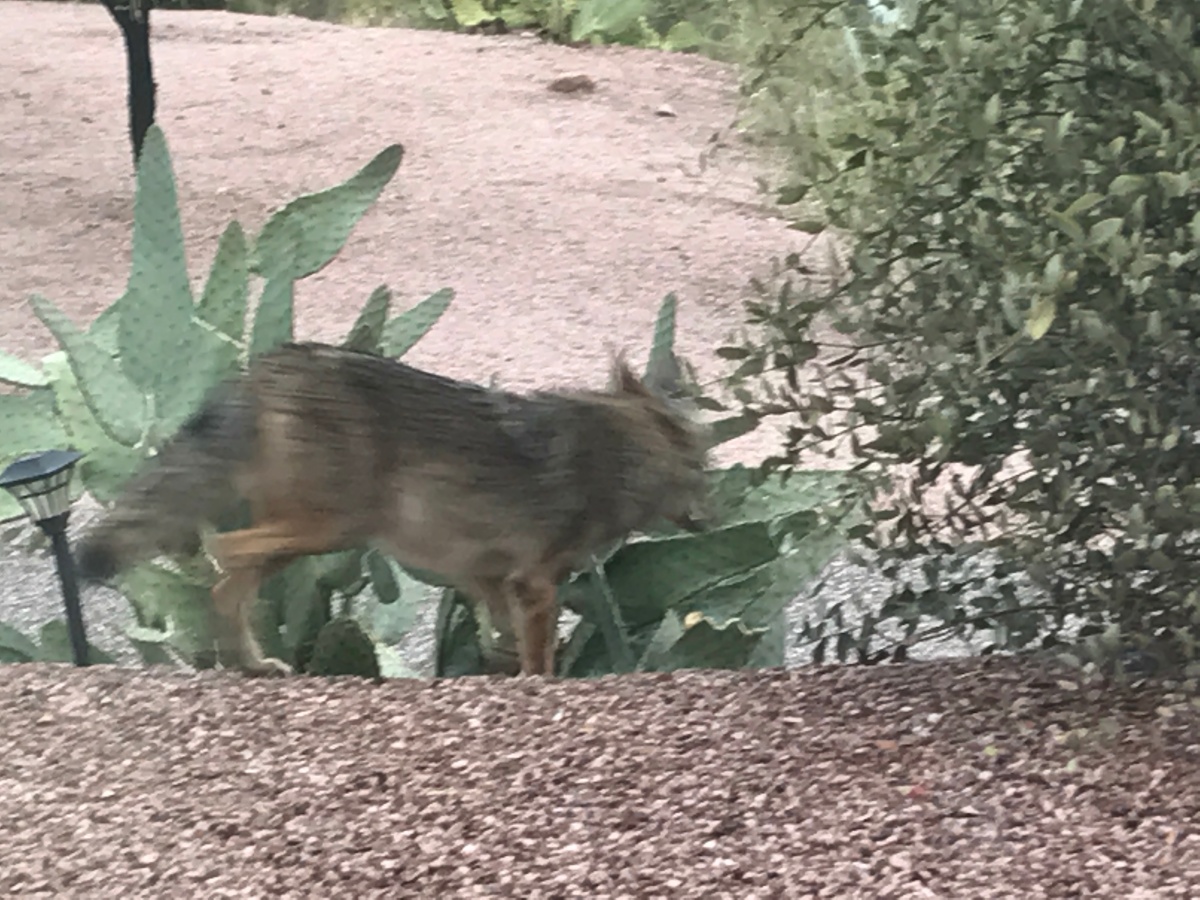 I want to go outside to see what happens and hopefully video it but also know this is not a smart move when you have hungry coyotes trying to grab breakfast, so I wait until the coast is clear then slowly creep out.

The bunny has made it safely off into the desert somewhere I’m assuming because I heard no scream and the coyotes are still here. Seems the chase has caused the coyote pack to run straight into the lumbering javelina herd making its usual morning procession down the lower driveway and over to the wash.

Now, I can’t speak on behalf of all javelina, I just watch these guys all the time, but I can tell you having coyotes running at them, disrupting the normal routine was not received well. Nope. Not. At. All.

Poppa Javi bristled up and spun around in true WTF fashion and was like “oh hell no you aren’t”. See the Javi family has a youngish one. Poppas not playin’ and lets not even get angry Momma Javi involved!

A terrified bunny is not the same breakfast as a bristling crazy male Javelina. ( not actual bunny but local none the less) 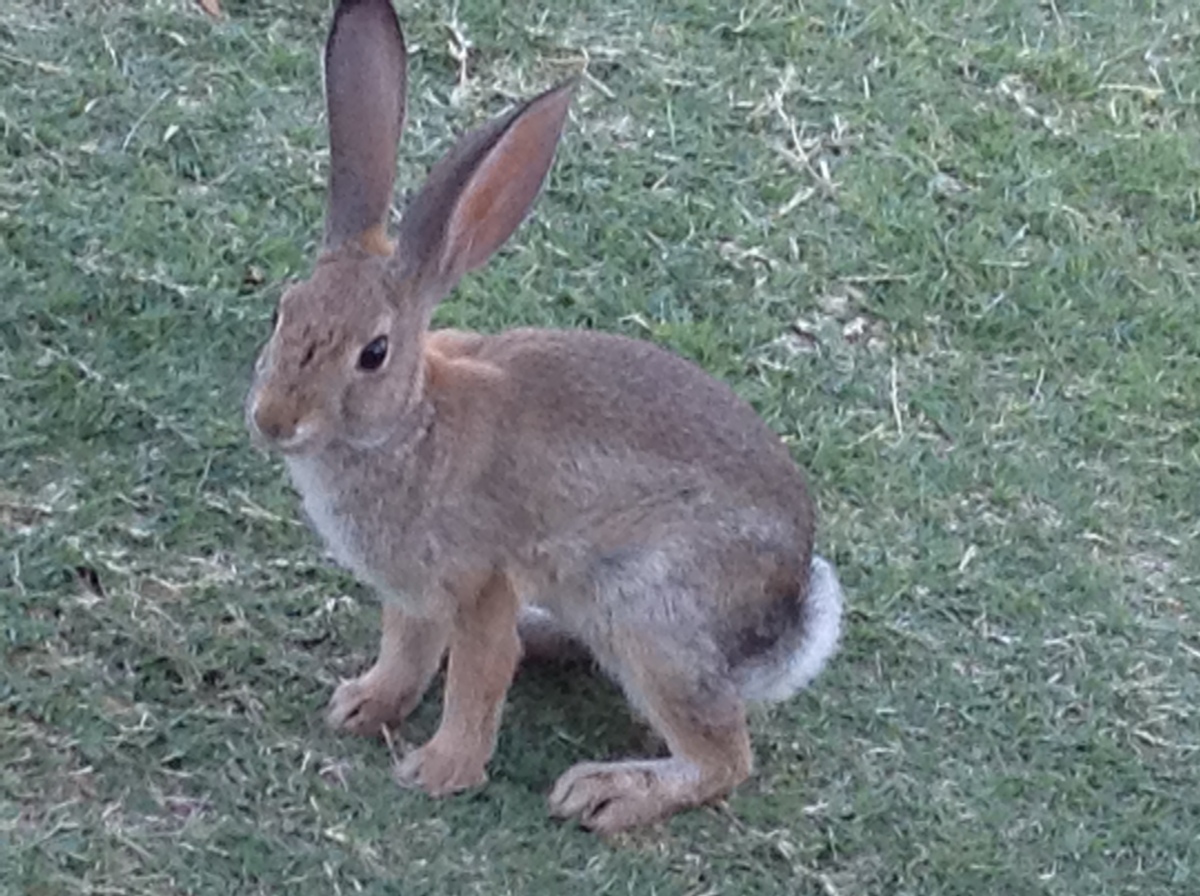 Taking on that beast was not in the game plan. As if to say “ it’s cool..it’s cool…” the coyote widened the buffer zone as they trotted off. Now remember coyote are cool so they didn’t RUN away from Poppa Javi, no they more or less trotted away like “ yeah it’s okay this time… but watch your babies…”