I knew I had a calling for the Superstition Mountain Museum right away. My first walk around the property where Apacheland Movie Ranch once stood, just minutes from my house, left me with a such a strong personal experience that I wrote about it, photographed it and then went to the Museum and Volunteered.

Believing my calling must have something to do with that certain time in movie history, I watched the Elvis movie Charro! twice every shift so I would know the details and could explain why we had the Chapel on the Museum grounds. 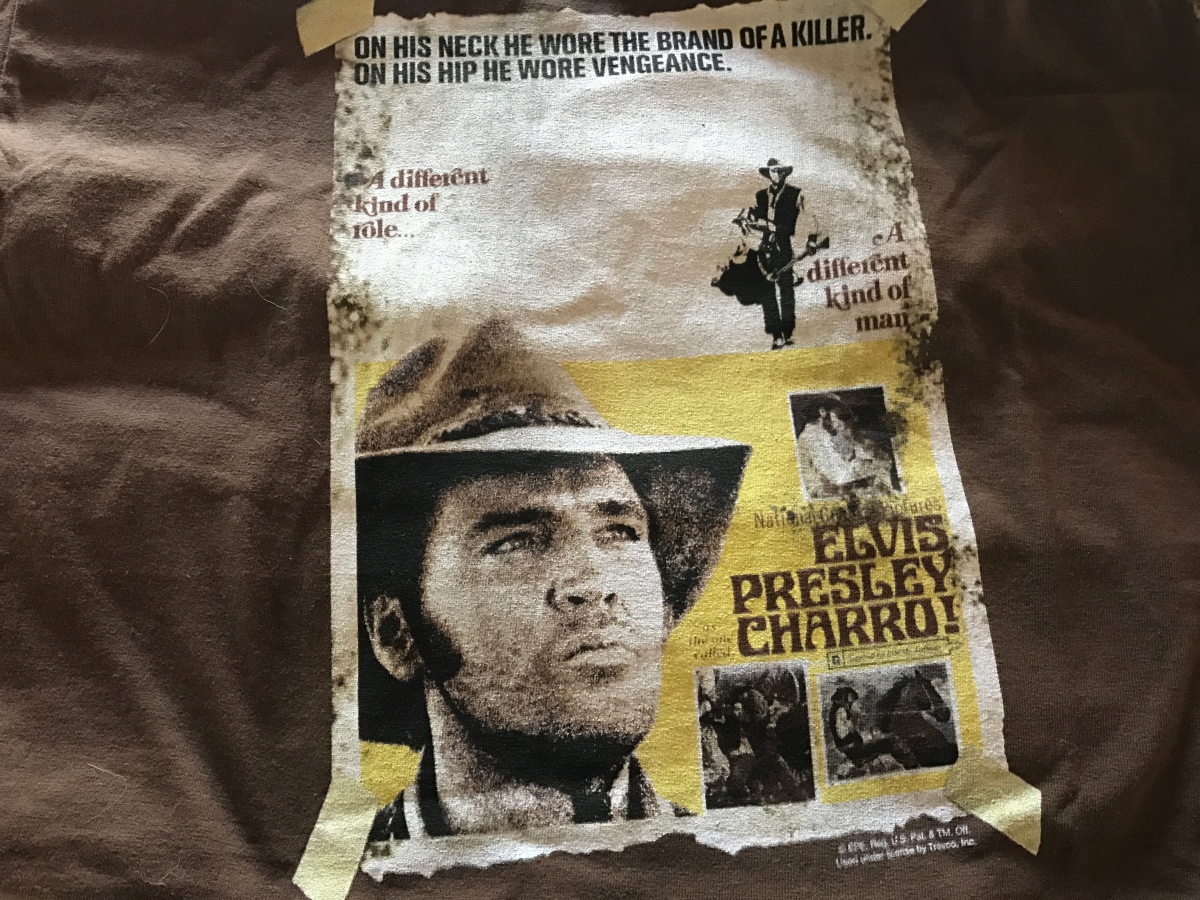 I began learning the history, ordered the tshirt (seen above in picture) listened to  the stories and even met a few actors who had filmed there. I learned about Pasty Montana, first female country artist to sell a million copies of her single “I want to be a Cowboys Sweetheart” and the men who found her lost foot prints. I tell every girl I meet about her so we don’t lose valuable female history. 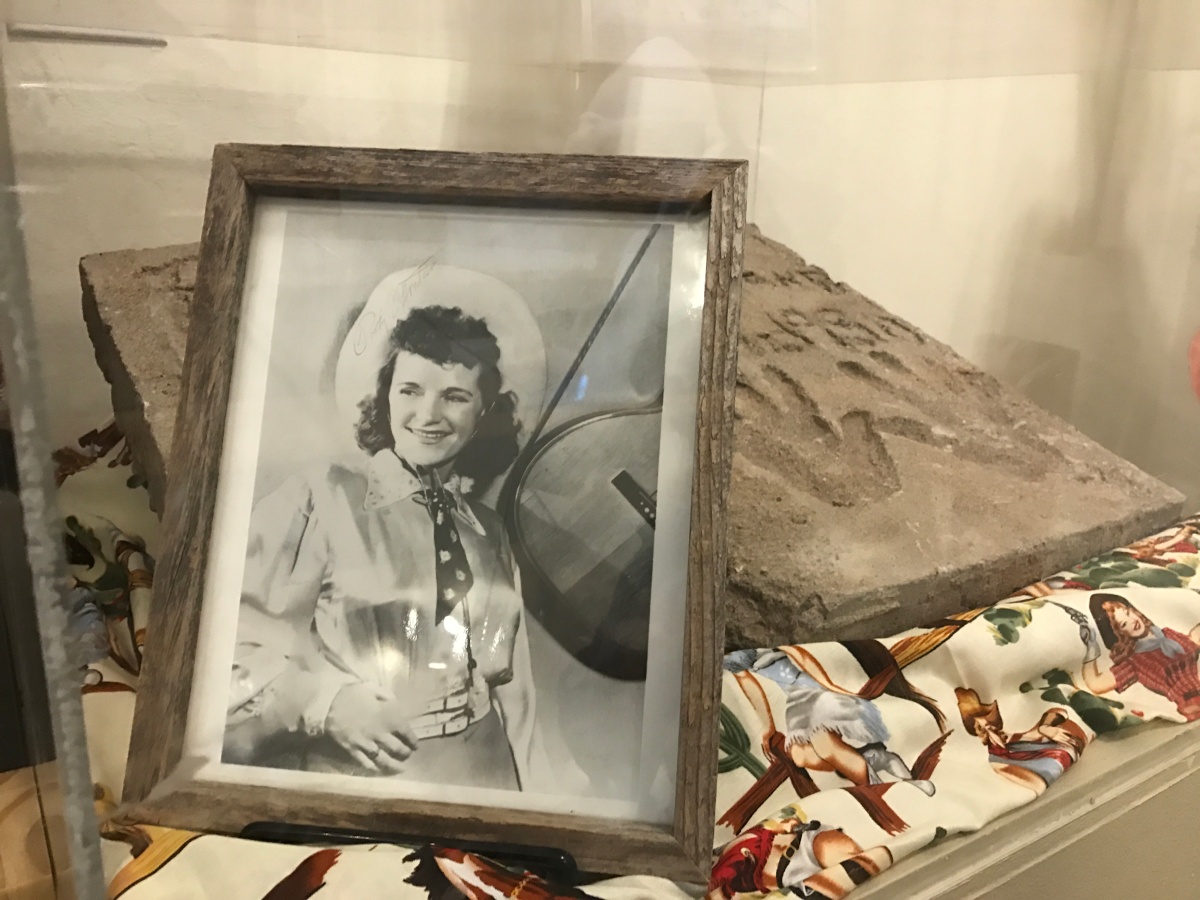 Though extremely comfortable in this “Historic Old West” style land I was now immersing myself in, I knew in my heart I wasn’t the right puzzle piece…not yet.

Then in April and May I met my first rattlesnake, then my second…my third…my fourth. And though my enthusiasm was still in full swing for Charro! happily playing on the mini T.V. in the General Store, my tales of snake encounters were what was truly exciting my guests. Such a common question “Do you see snakes out here?” I simply would tell the truth and show pictures.

I offered to work on Fridays inside the main museum gift shop. I wanted to learn more and the barn wasn’t going to help teach me to become a Docent. No, my dear friend James “Jim” Swanson and a few others would teach me and had already offered.

When I asked my boss Jeff aka “Crispy” about becoming a Docent, he handed me a few pages stapled together with something that had been reprinted multiple times. My eye sight is so bad I strained and with my usual tact said, “What the hell is this?

( Jeff aka “Crispy” with our self appointed Union Leader Karen)

Long story short, the manual had been a work in progress and a really good one at that, but my buddy Jim’s health issues got in the way and time had passed. Could I fix it?

What better way to learn all about something then to read and write about it? I would change no words just update, add my pictures and learn a ridiculous amount of history with the help of an amazing few Docents we have.

But once I started working inside the gift main shop, I quickly realized I hardly belong near expensive one of a kind pottery that I know nothing about. Or the amazing jewelry I don’t wear. It’s not me.

Instead I would hover by the animal exhibit. With my Phoenix Zoo background, being born and raised desert and now living in crazy town Gold Canyon photographing every critter possible plus my recent snake encounters with pictures, I was right at home.

I hear excited shouts over by our side patio. A grandmother, mother and child have their faces pressed up to the glass “Baby Roadrunners!”

Now to be honest, and I have two resident roadrunners on my property that I see regularly, I cannot say I have ever seen a “baby” roadrunner in the wild in my life. If there are baby roadrunners on the museum patio I’m running over there with my camera (iPad).

What I see when I look out are nothing more than what, for lack of a better term and it doesn’t matter anyways, I am going to call generic desert birds. Not baby roadrunners. I attempt to use my zoo training and go to tell them these are not in fact baby roadrunners but are…

I get a mad Grandma insisting that those are indeed baby roadrunners and they have them all over their property! Hmph!!

No, you don’t have baby roadrunners all over your property you nit wit is what I wanted to say but I smiled and said, “Oh really? Nice.” and walked away.

Later, same day, I over hear someone who should know better say a Javelina was a rodent. (uh…no)

A small pop happened at the base of my skull. It’s the animals! Duh! I love animals! My favorite part of being at the zoo was helping bridge the gap between the general population and the animals. My local animals obviously need the same help!

I go to Crispy and tell him I have an idea. I made an “animal fun facts” sheet, could we post it so our guests could learn a bit more? Much to my happiness it was received so well from our Museum Queen and leader Liz that it was mounted on the exhibit!

Then I ask about the display. If you know me this is not a surprise. I’m going to want more. Can I get more snakes? A jackrabbit? Turkey Vulture? What can we do? I am told to call the taxidermist but I make Crispy do it.

Between my personality and the taxidermist…let’s just say more than a few people were excited to see us meet. Fascinated by anyone with this career I couldn’t wait. We hit it off beautifully.

My enthusiasm and respect for the animals met a talented, artistic and unique man more than generous in spirit and kindness who understood my collecting of dead animals I find. I have been told he claims to have visited other places outside of this planet. I will be grabbing my spoon for those tales. If someone is smart they would film us chatting.

Starting in August I will be doing Animal Fun Fact talks in front of the exhibit we have at the Superstition Mountain Museum! From 10-2 I will hang out on Saturdays and share as much as they will let me!

I am also still in the process of helping update the Docent Manual they currently have with more information and pictures. Jim is always my helper as my legitimate historian. A walking tour handout for the inside of the museum I am just finishing up and hope our guests will soon enjoy.

I contribute to the monthly newsletter “In the Loop” by creating a way to introduce the volunteers to one another called “have you met…?”. When you have over 200 volunteers it’s easy to feel like you don’t know anyone. Trust me, I’m going to include everyone! My least favorite thing on the planet are people who exclude others.

I have come a long way since becoming a volunteer a year ago. I cannot wait to see what this next year brings. It’s going to be awesome. Come see me. I’ll show you around.