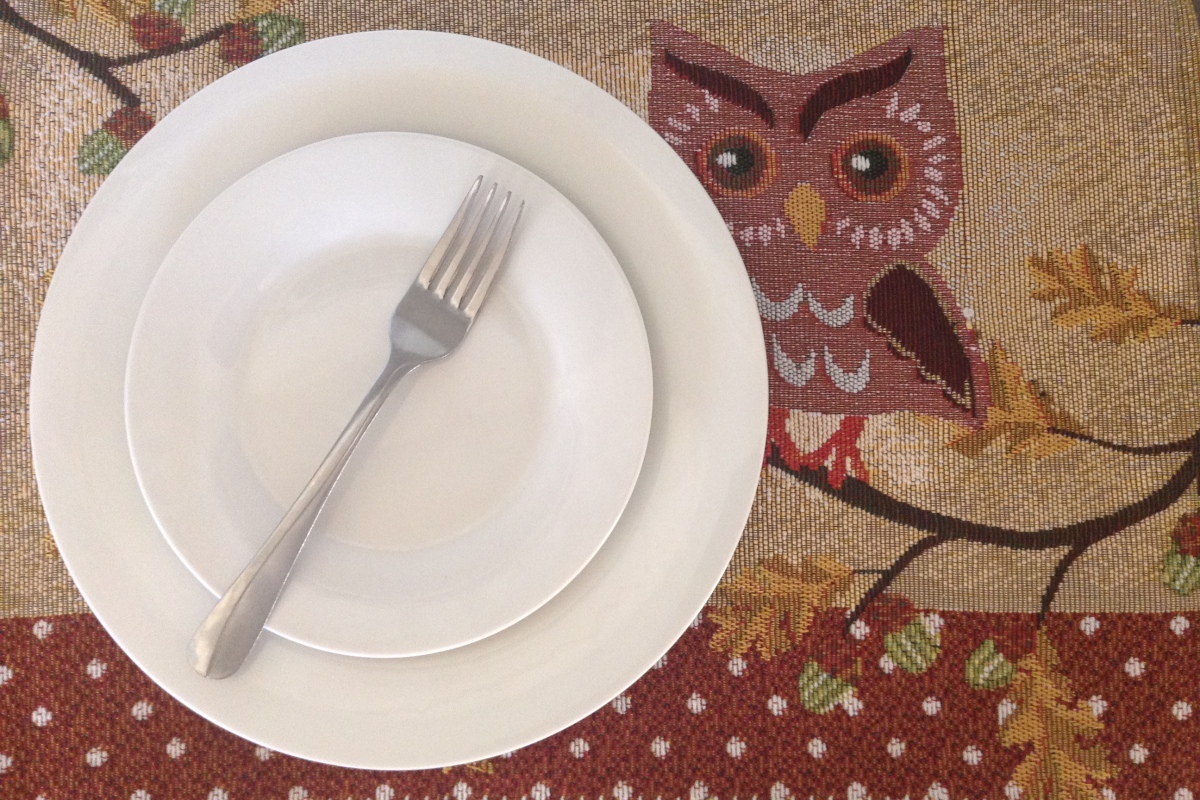 My dad used to make the best oyster stuffing for Thanksgiving. Not only was the flavor amazing but the texture spot on. Not dry, not mushy, wonderfully sturdy enough to hold its own against a mountain of homemade gravy. Seriously yummy stuff worth fighting family members over.

I don’t know why oyster or where his recipe came from. My dad was not really the type of man who was going to be your next star on the food channel explaining why. Ordinarily he spent very little time in the kitchen except for Thanksgiving when he took over completely and the kitchen became a no kid zone. I was not permitted to get in my father’s way on such an important cooking day so I truly have no idea how he made his stuffing. I’m almost positive some, if not all of the stuffing went into the bird, then came out, then went in the oven in separate pans with or without raisins. Labor intensive and highly monitored, no notes were ever taken.

This is what I vaguely remember as “early Thanksgiving Day in our family growing up”;  Dad’s got the kitchen towel slung over his shoulder, growling at everyone but supposedly happily cooking and still in control of what T.V channel/sport was on in the other room with me begging to watch the Twilight Zone marathon. I’m told to get cleaned up and dress nice yet no one is coming over and we arent going anywhere. As a kid, Thanksgiving was long and tense, filled with bad T.V. and tons of food that took forever to make but that we got to eat the next couple of days until we were all sick of it.

To this day it confuses me why that much food is required or why so much pressure is put on average families to create such a Whoville style feast. Being thankful and setting time aside to share food with friends and family I get. Feeling forced because of pressures coming at us from every direction to make this one meal magical… I don’t get.

It’s was quite a few years back now when extremely kind and thoughtful friends of mine tried to recreate my father’s oyster stuffing for me. It had literally been over 20 years since I had his stuffing. Through the years they had heard me tell the tales of my love for it.Waves of terror rolled through me when they informed me that fateful Thanksgiving afternoon that in the oven was oyster stuffing! Just like my Dad’s! My fear made substantially worse when told how difficult it was for them to find the oysters. We were in Redondo Beach.

Ok, I grew up in the desert in Hesperia CA. I can guarantee you our oysters came from a can from an ordinary grocery store! My father went to no extremes to locate a single ingredient for his stuffing, he went to the one grocery store we had. What on earth had my friends bought and in what quantities? Please don’t tell me you spent hours in the kitchen turning into a grumpy, stressed old man yelling about the T.V too!?!

Obviously I had raved too much about loving my dad’s stuffing. So much so that now people who love me have invited me into their home for a special meal and have gone to great lengths to try to make it in my honor. Whatever I was about to be served was completely my fault.

I braced myself as an oven warm ceramic container of soupy gray is presented to me at the table with pride. All eyes on me.

I cannot print the response my father would have had he seen it or the thoughts that ran through my head. I did, however, hear the voices of my Italian Grandmother and Mom from the next life telling me that I better damn well eat what was so graciously put in front of me regardless that it’s some sort of lumpy discolored fish smelling pudding.

Mixed into mashed potatoes, their oyster stuffing liquid mush tasted just fine. Not much else was going to help the color or texture.

In my life I truly have much to be Thankful for. But I will be eternally thankful I never told my friends that we used to make stuffing sandwiches with my Dad’s stuffing the next day.