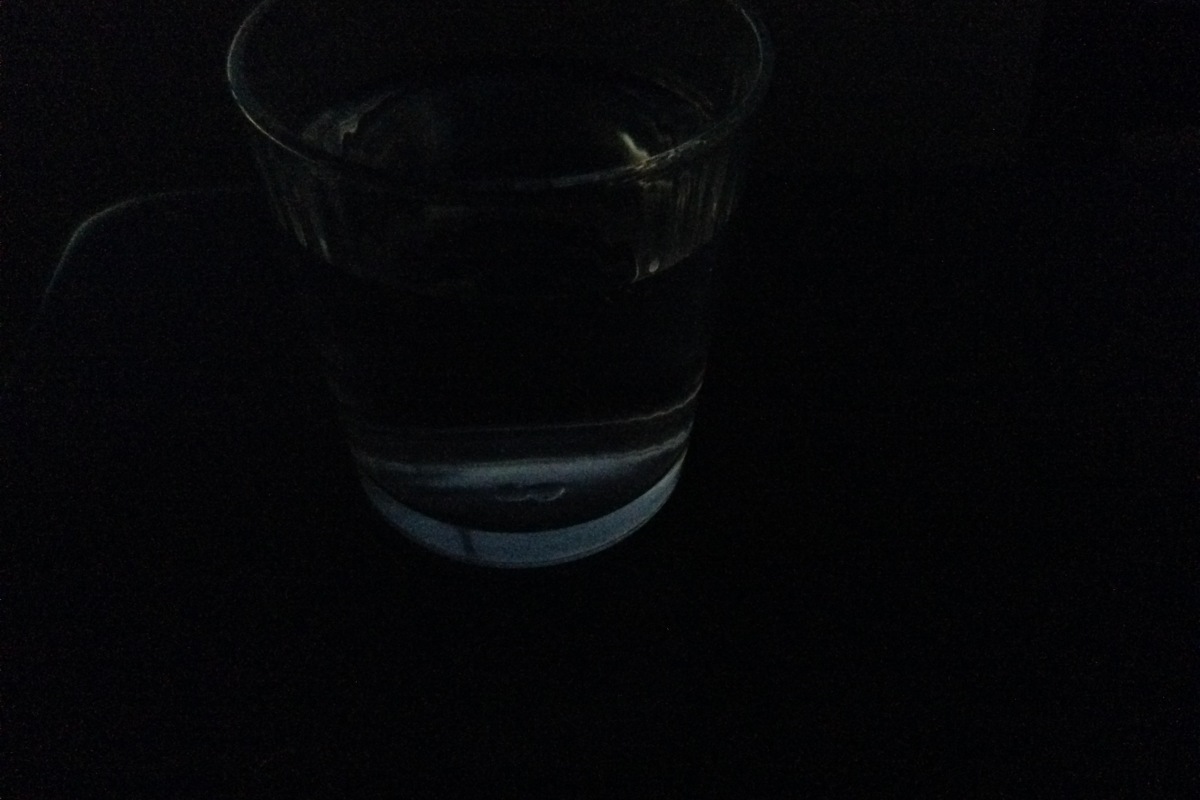 Trevor was home one extremely hot evening after a very long day of work. A cold beer and some T.V. That was it. Food may not even happen. Just too hot outside to cook. Alone in the sprawling ranch style home his family built years ago on land passed down from generation to generation, it was Trevor’s turn to enjoy the peace and tranquility of the open desert of his family’s heritage.

The oversized couch swallowed his body perfectly. The remote barely hanging in his left hand, Trevor’s head nodded back.

Startled awake Trevor was momentarily confused. He hadn’t heard a car pull up. His nearest neighbor was over a mile away and it was 100 degrees outside. No one was walking to his house this time of night. Had he simply not heard the tires on the gravel driveway like he always did?

Puzzled he opened the door to find a very old man with a walking stick. The crinkled old man looked as if he was over 100 years old and had lived all of it in the sun.  He looked at Trevor with icy blue watery eyes and whispered “Can I have a glass of water?” Relieved it was only a simple request for some obviously needed water, Trevor rushed to get a large glass and welcomed the old man inside.

The old man set the glass of water down and slowly looked around Trevor’s home. He seemed puzzled by most of Trevor’s belongings. The art, the books, especially all the technology seemed to fascinate the old man, but he said nothing. His icy blue watery eyes staring, taking in every detail. Trevor could tell the old man was not interested in hearing about any of it, he just wanted to look.

Unsure as to what exactly he should do next, Trevor offered “I can drive you wherever you need to go. Or can I call someone for you?”

The old man slowly walked down the hall to Trevor’s bedroom. There he sat on Trevor’s bed. Trevor followed him into the room. It no longer felt like his own. Somehow it felt like this old man had lived there his whole life and Trevor was a guest. An unwanted guest.

The feeling made him back out into the hallway. From the hallway he watched as the old man lay down and closed his eyes.

The hair on Trevor’s arms stood on end. A wave of strange energy swept past him as he stared at the old man lying on his bed. Why was he here?

Trevor went back to the couch and sat down. He turned off the T.V. How could he enjoy watching anything with a strange old man sleeping in his bed? Trevor got up and went back down the hall. Something told him to go check on the old man.

A cold breeze blew through Trevor’s entire body as he stepped inside the room. The old man was not sleeping. He had died.

Shaking, Trevor reached for his phone to call for an ambulance. How was he going to explain this?  He didn’t even know the man’s name. He simply came asking for water then died in the bed? Is anyone going to believe this?

Trevor walked back down the hallway and dialed 911. Explaining as best he could, the confused operator told Trevor they would send help out immediately but due to how far away from the city he lived it would still take roughly 20 minutes.

Trevor hung up the phone and walked outside. He needed some fresh air. This night had taken some crazy turns and now he had emergency responders coming to his home for an old man he met less than ten minutes ago who is now dead in his bed.

Trevor took a deep breath then went back inside to go show respect and cover the old man with the sheet until help arrived. As Trevor stepped into the room waves of confusion and panic ran through his veins. The old man was gone.

Trevor’s mind raced. He was just there a minute ago. Dead. Heck, he was barely moving when he was alive. How far could he have gone? Trevor’s heart was in his throat. Emergency help is on the way and now there is NO old man dead in his bed.

Trevor ran through the house calling to the old man “Hello!? Are you still in the house?” But there was no answer. He looked under the bed, in the closet, nothing. “Hello?” Trevor hurried down to each room calling “Hello…?!?” Nothing. The old man was gone.

Scared he had simply dreamt the whole thing Trevor called back to 911. Apologizing profusely, he had no explanation for what had happened and was sorry for the inconvenience.  The operator’s tone let Trevor know a false report of a death should never happen again.

Shaken, Trevor sat the phone on the table and wandered around his house. His mind jumped from scene to scene. The knock on the door. The old man. The water. Did any of that really happen or had the extreme heat gotten to him? They say the heat can play tricks with your mind. This was quite the trick.

Trevor poured himself a shot to steady his nerves.

A good cold shower would help clear his head. Trevor walked down the hall and turned to go into his room. There was the old man lying dead in his bed just like he had been before. Trevor couldn’t breathe. Waves of panic swept his entire body. Trevor ran to his phone and frantically called again for help.

The operator was not amused by this third call. “Sir this line is for emergencies.” Almost hysterical from fear Trevor screamed into the phone “There is a dead strange old man in my bed!” the operator replied calmly “Sir I have spoken with you twice already. We are not sending emergency response to you. If you call again with another false report we will send a police officer to come arrest you.” “SEND THE POLICE!” Trevor yelled then threw his phone across the room.

20 minutes alone in a house with a dead stranger? Trevor was more than happy to have the police and whoever else wanted to come get this man out of his house.

But 20 minutes can be a really long time…

The hairs stood on the back of his neck. The whispers grew louder and sounded as if they were coming from his bedroom. Almost paralyzed from the fear Trevor sat on the couch squeezing his eyes shut. But the whispers called him. “Trevor, water… please…”

His eyes shut as tight as they could, desperately trying to hold back the tears. This was not happening. Shock had set in.

Trevor stood up and slowly walked towards the pleas for water. Down the hall to his room, Trevor no longer felt his body, he simply floated there. Trevor saw the lifeless body lying on his bed. He sat down next to the man. Trevor lightly touched his skin. It was so thin and leathery. The old man’s body so frail. Trevor whispered “Rest in peace…”

The old man’s watery blue eyes opened. Trevor fell backwards and off the bed as he scrambled to run out of the room and out of this nightmare! Trevor ran outside and stood in the driveway. Shaking violently Trevor paced up and down trying to get his thoughts together.

About an hour passed when Trevor could finally see the flashing lights heading towards his home. The police approached Trevor cautiously. Unsure as to what exactly had happened here, their demeanor was less than friendly.

Trevor told them the whole crazy story. The police officers went inside to investigate. A few minutes later they walked back out. There was no old man in the house. They found nothing. Concerned for his mental state, the officers suggested Trevor get a good night sleep then call his doctor in the morning. There was no need to arrest Trevor. He was an honest man who too much work and heat probably had got the best of him.

The officers got back into their patrol car and left.

Trevor walked back into the house. He was numb. He grabbed a glass of water then headed down the hallway to his bedroom. He turned off the lights and sat in silence next to the old man laying in his bed.

One thought on “A Glass of Water”

© mydesertview and adesertviewwstace.com, 2016. Unauthorized use and/or duplication of this material without express and written permission from this site’s author and/or owner is strictly prohibited. Excerpts and links may be used, provided that full and clear credit is given to mydesertview and adesertviewwstace.com, with appropriate and specific direction to the original content.
<span>%d</span> bloggers like this: