The weather during monsoon season is unpredictable. The intense heat mixing with tropical moisture can bring some crazy storms our way. They seem to pop up out of nowhere if you watch the news radar.

If you sit on my porch you can see it come straight at you!

The news reported a pretty good storm off the coast of Mexico and knew it would push some rain our way. They just didn’t seem to know exactly when or how much. The general warning becomes “hey guys if it rains expect it to flood.”

Flash flooding, for everyone reading who does not live where this happens, seems almost unbelievable. A few minutes worth of heavy rain is going to move a car? Yes it is. 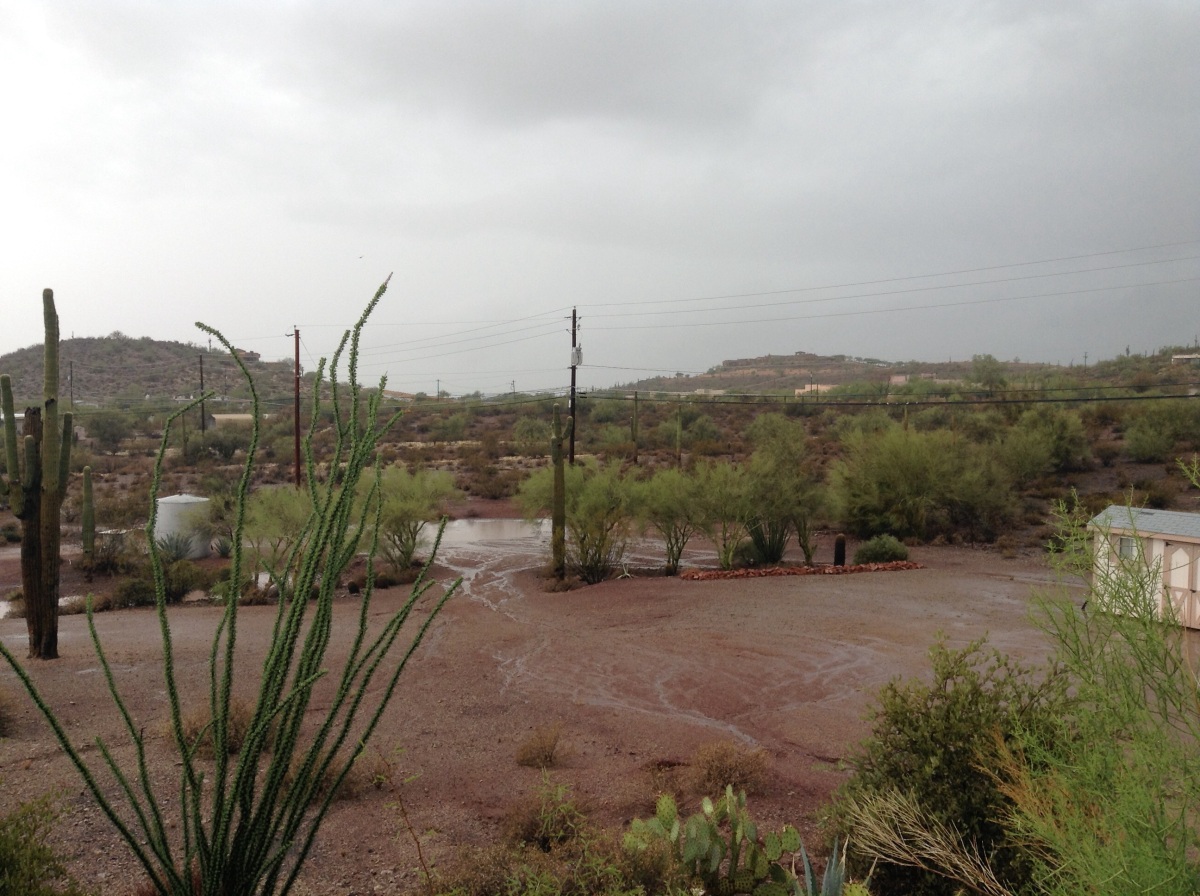 See our ground out here has baked and baked in oven like temperatures. The ground does not absorb the rain immediately. The rain runs off of it like it was concrete. It pools, it runs, it floods. 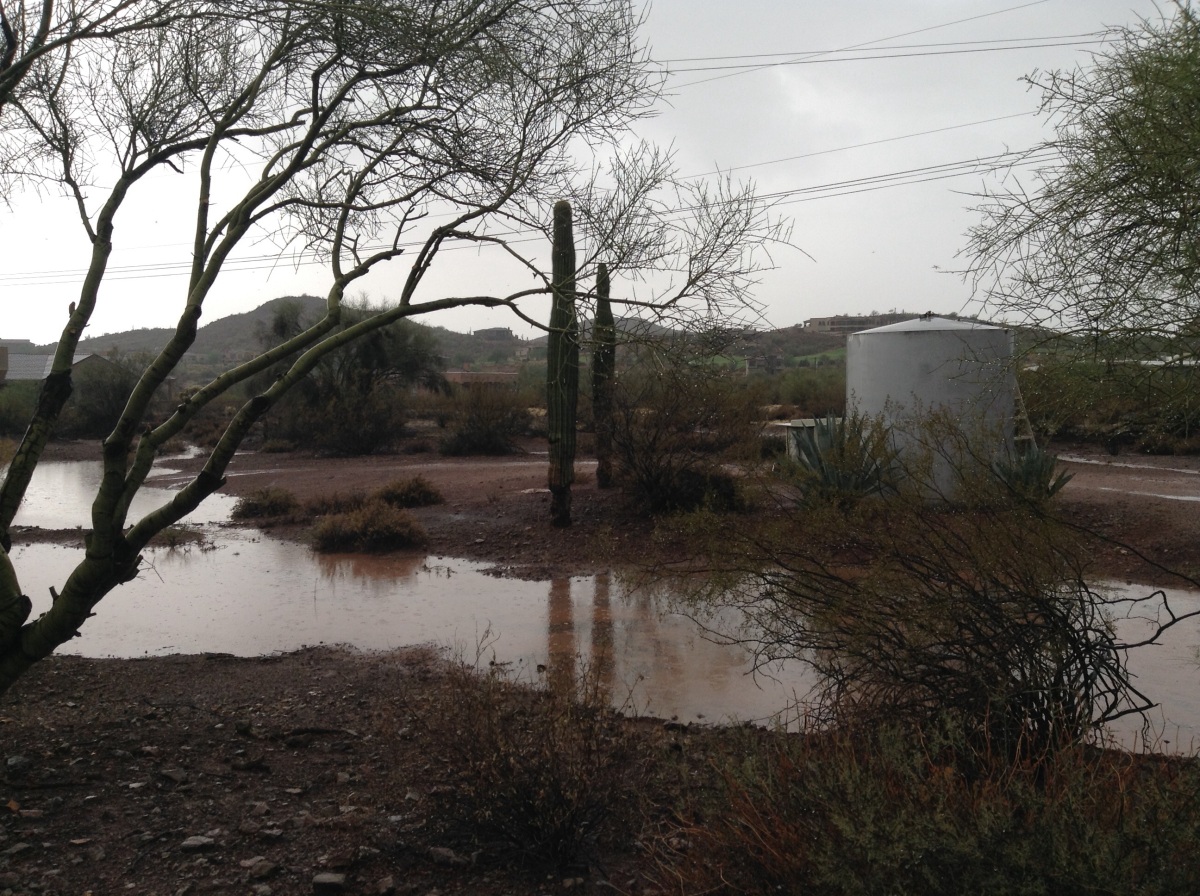 So yes a few minutes of heavy rain with nowhere to go becomes immediately dangerous.

I saw the clouds. I turned on the news. They said we would get nothing until later in the evening. 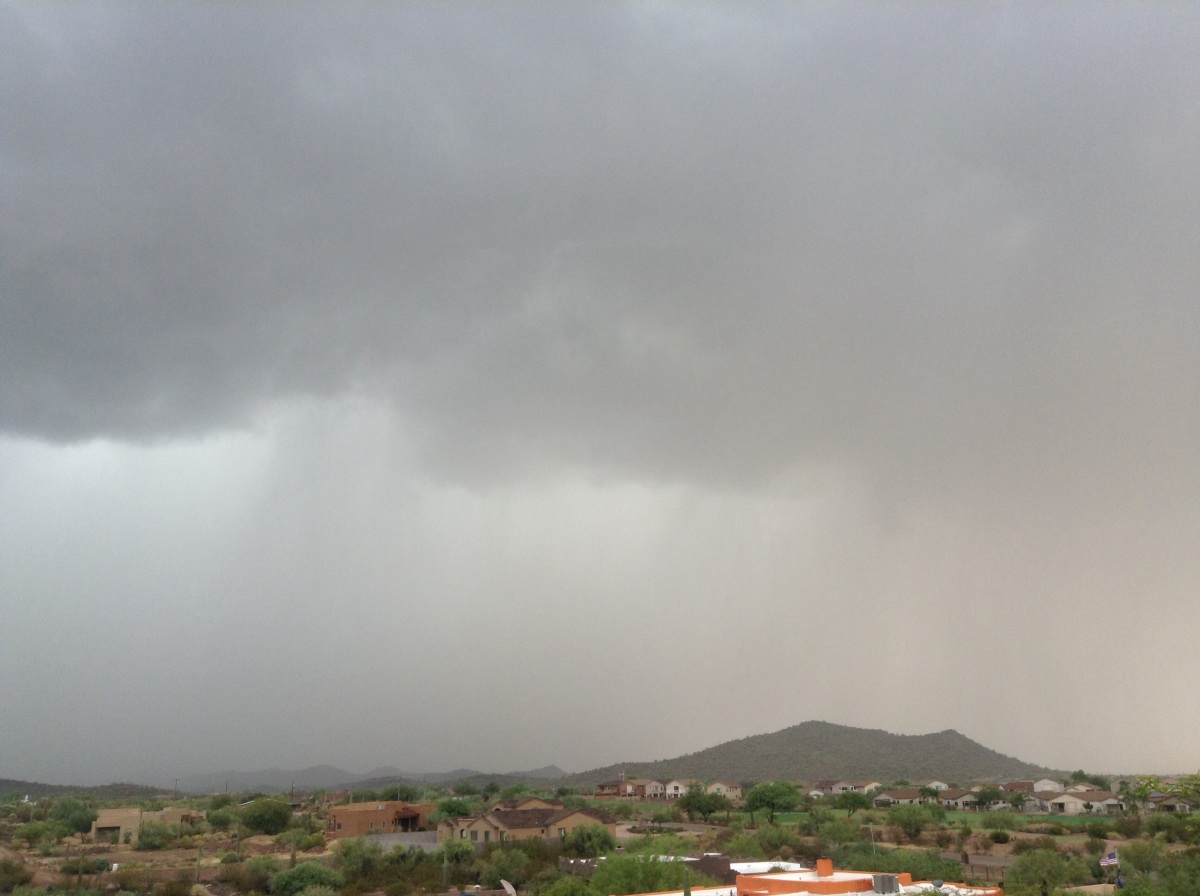 My attitude flares. They will interrupt regular tv shows with “BREAKING NEWS!” about something as stupid as Donald Trump farting but I am over here watching animals gathering up their belongings and floating down the wash on rafts they made out of twigs and we get  “oh there’s dust coming…” Thanks news reporter. There’s more than dust coming.

Apache Junction got over 2 inches of rain and flooded before any news stations even knew about it. The sky opened up and dumped on us. 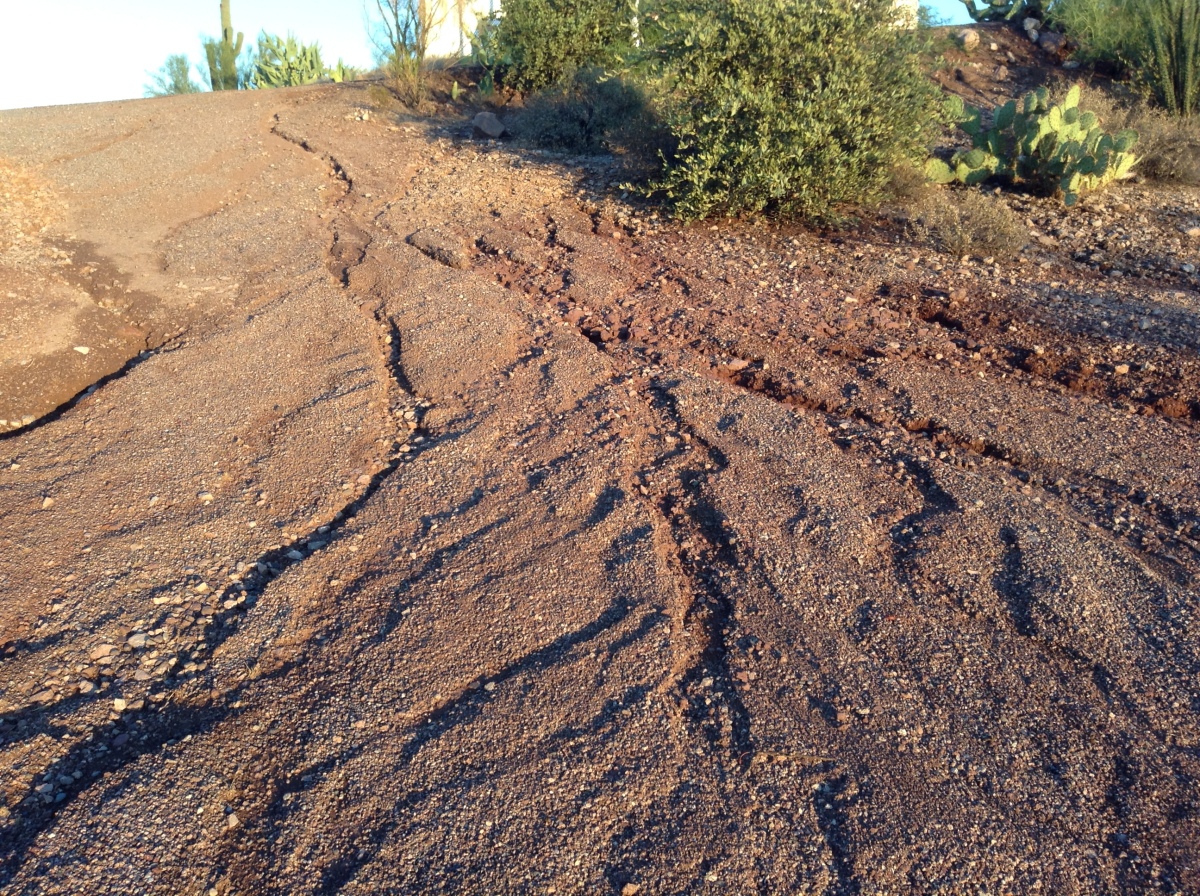 We are under a flash flood warning all day today and we have already seen a light shower that did not show up on the radar or my phones weather.

One thought on “Flash Flood”